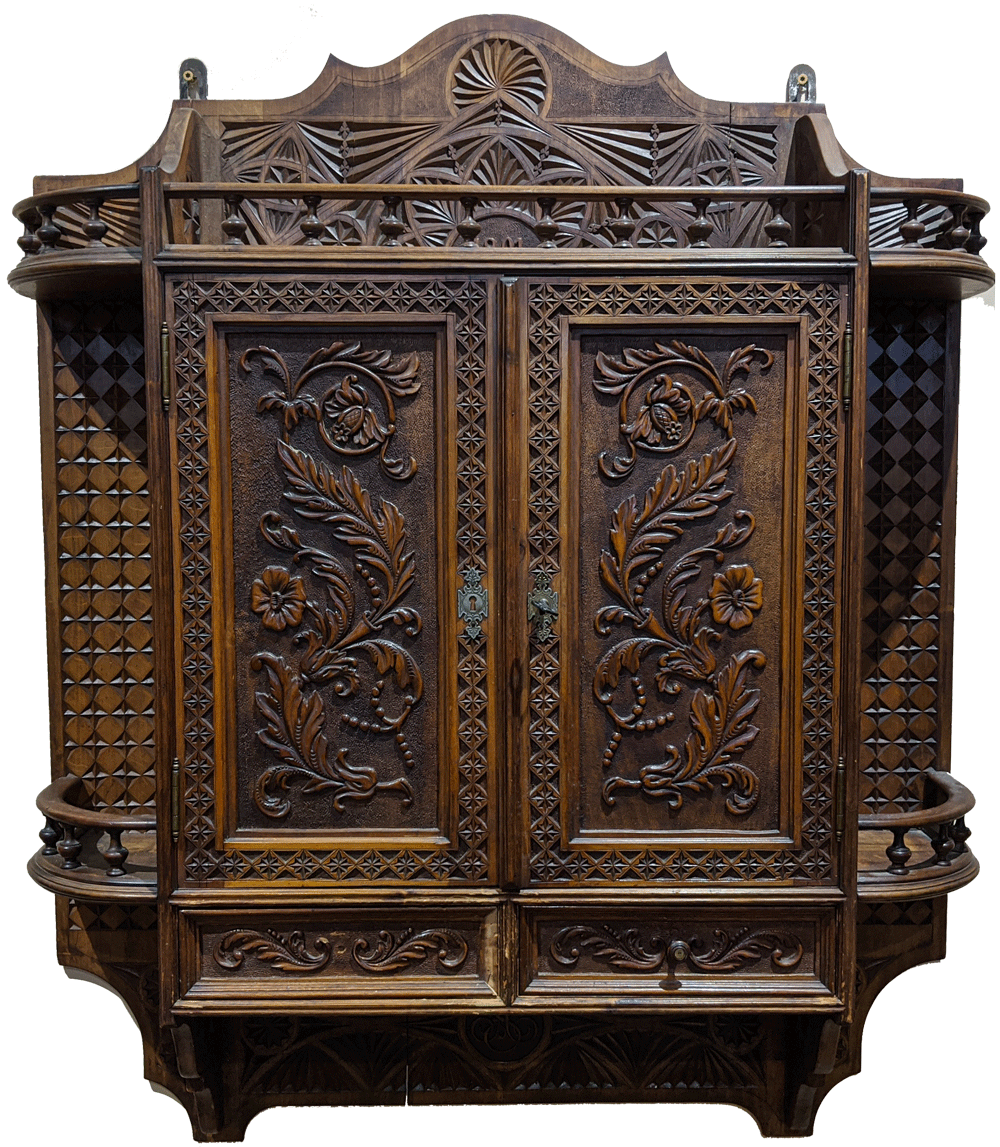 In February, 2020, the Museum Staff received word that a bequest of furniture had been left to the museum through the generosity of Helga T. Seidel, late of Williamsport.

The furniture was not part of the great furniture production in Williamsport during the heyday of logging and lumbering, however, it comes from a tradition of furniture reminiscent of the heavily-carved woods of the 1600s-early 1700s and the later traditions of pressed wood, chip carving and craftspeople embellishing furniture to their own tastes during the 19th and early 20th centuries.

Helga Seidel’s forebears were barrel-makers in their native Wiesbaden, Hesse, Germany. It is the work of her grandmother Toni Paula Selbach Durdacht (b. May 28, 1891) that has made its way to the Historical Society. How unusual to find a female woodworker from the early 20th century! According to the stories related to Wes Brown, Executor of Helga’s will, the furniture was being shipped via train when World War II artillery fire broke out.

Two bullet holes and intact shrapnel in an occasional table attest to that fact. Helga treasured the furniture of her grandmother and brought it with her when she immigrated to America in 1955. She was naturalized in 1963.

Helga was born Helga Berta Marta Gertrude Durdacht on April 11, 1931, the daughter of Erdmann and Margareta Berta Hoff Durdacht. Helga grew up in Wiesbaden, enduring the horrors of World War II. She met James Harold Seidel, apparently in Germany, and they were married December 8, 1953. This is inscribed on the reverse of the crestrail of one of two wall cupboards. James, a native of Meadville, Pennsylvania, was the son of Joseph and Ester Devore Seidel and was born September 19, 1929. Genealogical research is continuing.

The furniture is on display in the Decorative and Fine Arts Gallery.

New Faces on the Board of Governors