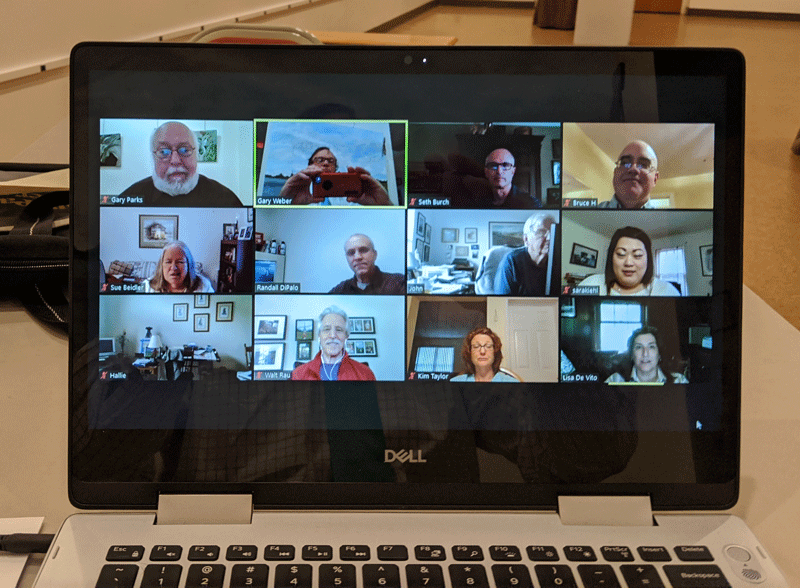 The 2020 Annual Meeting of the membership of the Lycoming County Historical Society took place virtually, using the Zoom video conferencing application, on May 19, 2020. The meeting was late - by-laws specify an April meeting - but the extraordinary circumstances cause by the COVID-19 pandemic and meeting restrictions caused two reschedulings and the much delayed meeting.

The meeting was called to order by President Gary Weber at shortly after 6:00PM. After opening comments, the minutes from the 2019 meeting were approved.

The election of 2020-21 officers was next. The Board recommended slate was President – Gary Weber; Vice-President – Bruce Huffman; Secretary - Susan Beidler; Treasurer – Randall DiPalo. There were no further nominations and the slate was unanimously approved.

Executive Director Gary Parks reported that it has been a roller coaster year. There have been successful exhibits including last summer’s needlework exhibit that brought in a diverse group of visitors and the circus exhibit during the holidays. Educational programming was supported by grants from the Woodcock Foundation for the Appreciation of the Arts (lecture series), the Free & Accepted Masons (children’s workshops), the Visitors Bureau (updating the Hall of Farming Crafts & Industry and the upcoming motorcycle exhibit) and the First Community Foundation Partnership (through Raise the Region). Gary expressed thanks to all the volunteers. The museum is very blessed to have such a dedicated group. He thanked the staff – Scott Sagar, Kim Taylor, Anne Person, Marvin Turner, Patty Bowman and Ali Preston – who have worked through thick and thin this past year. 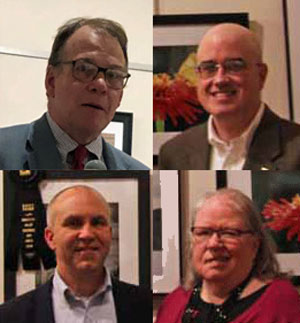 Randy DiPalo reported on the financial year that ended March 31, 2020. The budget was similar to prior years in that expenses exceed revenues by about $160,000. For the most part, the museum adhered to the budget but the expected deficit was reduced by an unexpected contribution of just over $18,000.

The proposed 2020-21 budget was then discussed. The budgt is similar to the year just completed, however expected income from fundraising events is jeopardized due to COVID-19 restrictions. One significant change is the inclusion of a new director of development position that increases expenses by about $50,000. This expense includes salary, benefits, and $5,000 for other expenses. The budget relies too much on savings and assets. The good news is this is the year that the mortgage is paid off and the museum received Payroll Protection Program and EIDL loans through the CARES act to assist small businesses during the COVID-19 crisis. The budget was approved.

President Weber reported on the past year - about the ups and downs. The pandemic dealt devastating blows to the museum. Not only was the museum closed, but significant fundraising events had to be cancelled. Keeping people engaged with the museum is difficult, but two initiative have been well received – a series of Taber Treasures on some of the artifacts with stories of their histories and 65 years of the Journal of the Lycoming County Historical Society have been digitized and are available on the website. Prior to the pandemic, the museum has had a number of successful events and terrific programs.

President Weber highlighted several changes in the Board’s structure including two new standing committees – Donor and Member Relations that has taken a new approach to the membership drive including introducing the idea of sustainers and adding travelers benefits to memberships at the patron level or above and a Marketing Committee that has enhanced the museum’s presence on social media and revised the general rack brochure for distribution.

He spoke of concerns going forward, most immediately the effect of COVID-19 on revenues. The lecture series has had to be postponed and fundraising events have been cancelled through the summer. Obviously, the most significant is the financial situation addressed by the treasurer. Establishing the new director of development position was done with the realization that the short-term expense is expected to result in long-term benefits.

Gary Weber announced that Alexandra McKenna, a student at Montoursville High School, was selected by a jury of educators to receive the Richard L. and Miriam L. (Swan) Mix Student Historian Award. Her winning essay is posted on the museum’s website and will be published in the Newsletter. She plans to attend Penn State in the Schreyer Honors College.


Gary Parks announced that Pat Damaska has been named Volunteer of the Year. A retired elementary teacher, Pat started her volunteer work as a tour guide for school groups and then assisted with the children’s workshops, designing projects the participants could take home. This year, Pat took on the position of day camp coordinator.


With that the meeting concluded at 6:55 PM.

The Taber Museum has Reopened