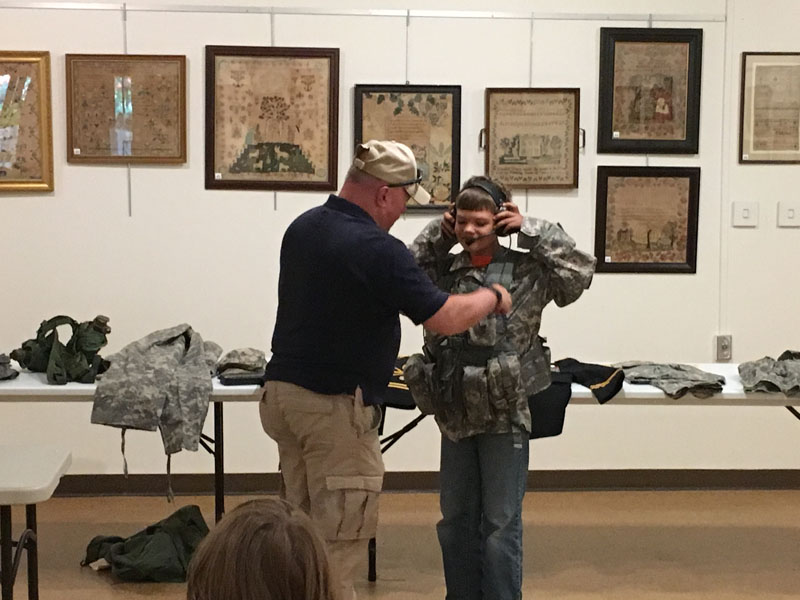 It's not every day that you get to meet Eleanor Roosevelt and Amelia Earhart; or fly a World War I era plane; or visit with soldiers who fought in the World Wars. But those experiences and more greeted 2019 Taber Museum summer campers.

World Wars I & II was the theme of summer camp 2019. Eighteen campers participated in the session.

The kids got to see and hear about the daily life of World War I and World War II soldiers. Reenactor Mike Munford brought with him cloths, objects and firearms used by the soldiers. They got to hear about the significance of poppies in WWI from Carol Shetler and Kay Rhinehart. Meg Gefken portrayed aviator Amelia Earhart and and later Eleanor Roosevelt, women who were important figures in the war era. 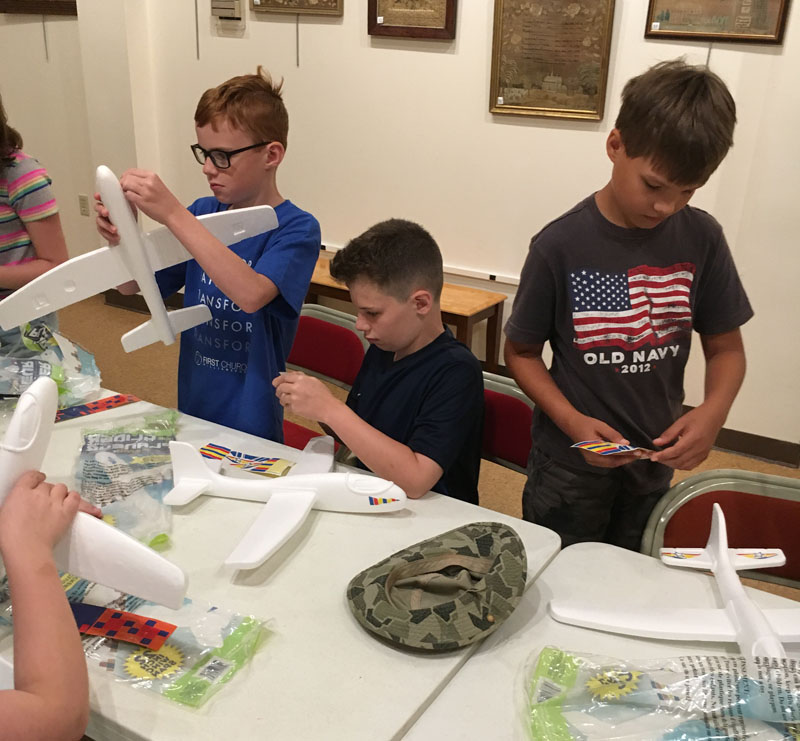 Bruce Huffman conducted a tour of the Williamsport Cemetery and John Eastlake spoke about life in a Civilian Conservation Corps camp. Campers heard about experiences of Father Bert Kozen, a military chaplain in Iraq and Donna Coulter, who served in Navy. Marta Hermann Hernandez spoke about Blue Star Mothers and described the display of service flags.

The kids were busy with fun activities too. They put together, decorated and flew planes, made construction-paper poppies, and made patriotic door hangers and flags. They also wrote and illustrated cards for soldiers and filled care packages to send to them. Of course, no camp is complete without the camp t-shirts.

Thanks to our presenters and also to Pat Damaska, Camp Coordinator, who was assisted by Valarie Mowrey, Ashley Rall, Glenn Williams, and Diana Ziegler. 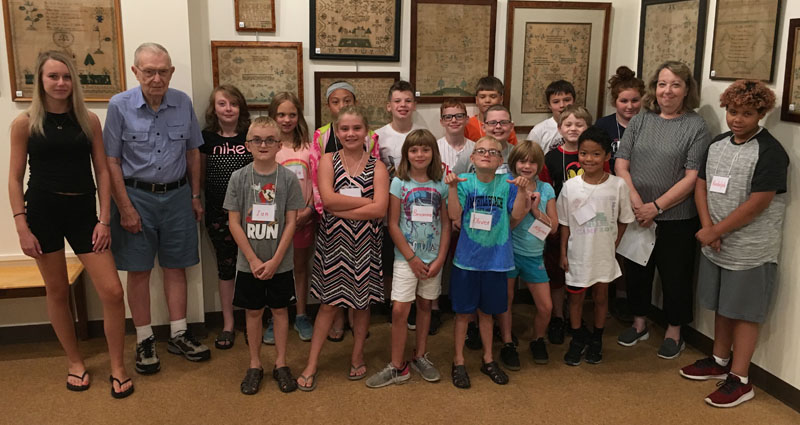