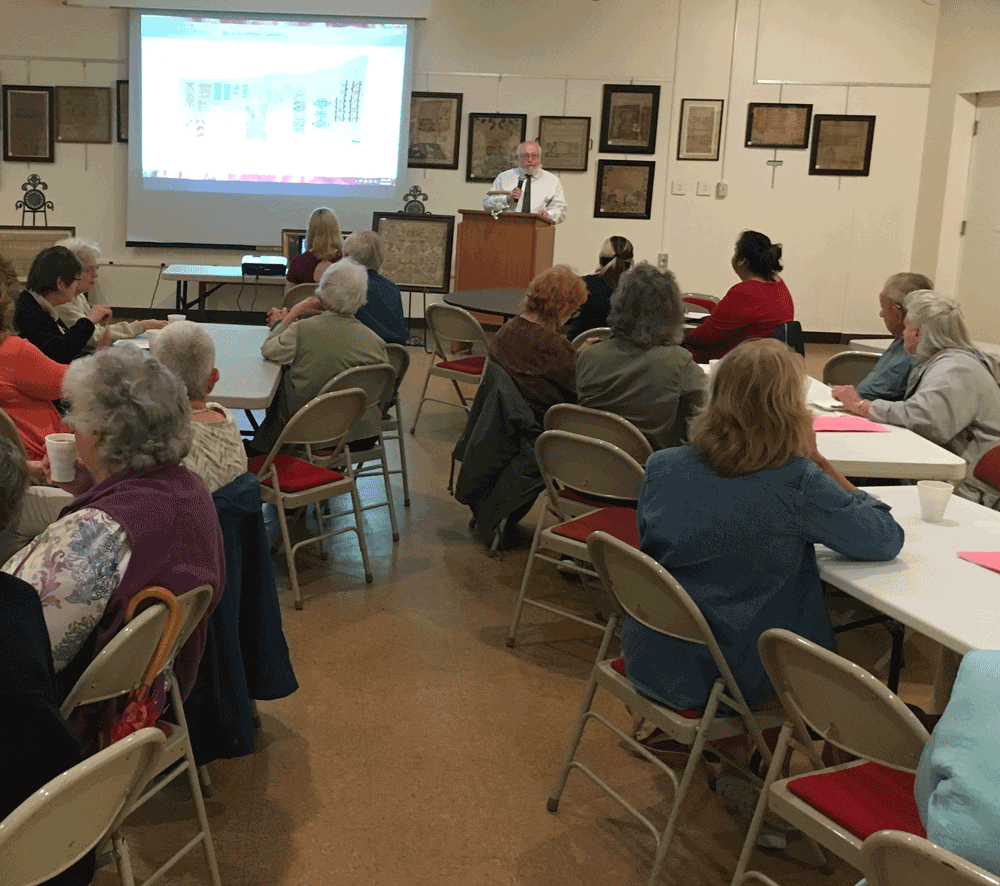 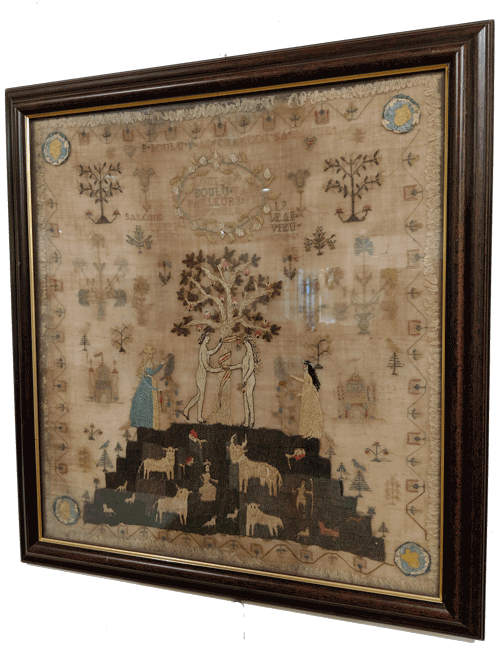 The Taber Museum hosted its Executive Director for a lecture on needlework samplers at a Coffee Hour, Thursday, June 13, 2019.

Gary Parks is not only an authority on samplers, but is an avid collector. The lecture coincided with the Taber summer exhibit, entitled “Make Much of Precious Time While in your Power”: European and American Needlework Samplers. The exhibit features seventy-seven samplers drawn from the collections of the Lycoming County and Jersey Shore Historical Societies, as well as several private collections. A number of the samplers in the exhibit are from Gary's personal collection. 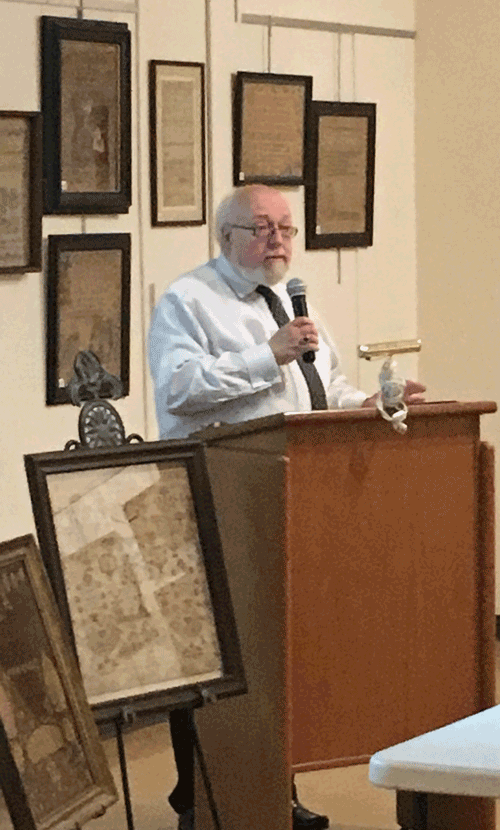 During the lecture, Gary discussed some of the samplers in his collection and the interesting characteristics and features often seen in the samplers. Gary’s research and collecting of needlework samplers was fueled by a family sampler made by his great great great grandmother in 1777-1778. Depicting Adam and Eve, the serpent, and the gates to the Garden of Eden, the sampler was begun in northern Germany and completed in Maryland. Gary’s Master’s thesis focused on a particular genre of samplers which include a luscious pineapple, the symbol of hospitality, stitched on the surface..

Gary is the Executive Director of the Taber Museum, a position he has held since January 2011. He also serves as Editor of the museum’s newsletter, which publishes six times a year, and the museum’s scholarly Journal, which is published on a yearly basis. He was no stranger to the museum when hired, however. From 1992 until 2005, Gary served in various capacities as the Museum’s Archivist, Acting Collections Manager and Guest Curator. In 1994, he curated a very successful exhibit of needlework at the Taber, bringing scholars from Canada, England, Texas, Connecticut and Delaware.

The lecture was one of fourteen lectures scheduled for the Taber Museum in 2019 focusing on craftspeople, collectors and collections of decorative arts. The Lecture Series is underwritten by a generous grant from the Woodcock Foundation for the Appreciation of the Arts.