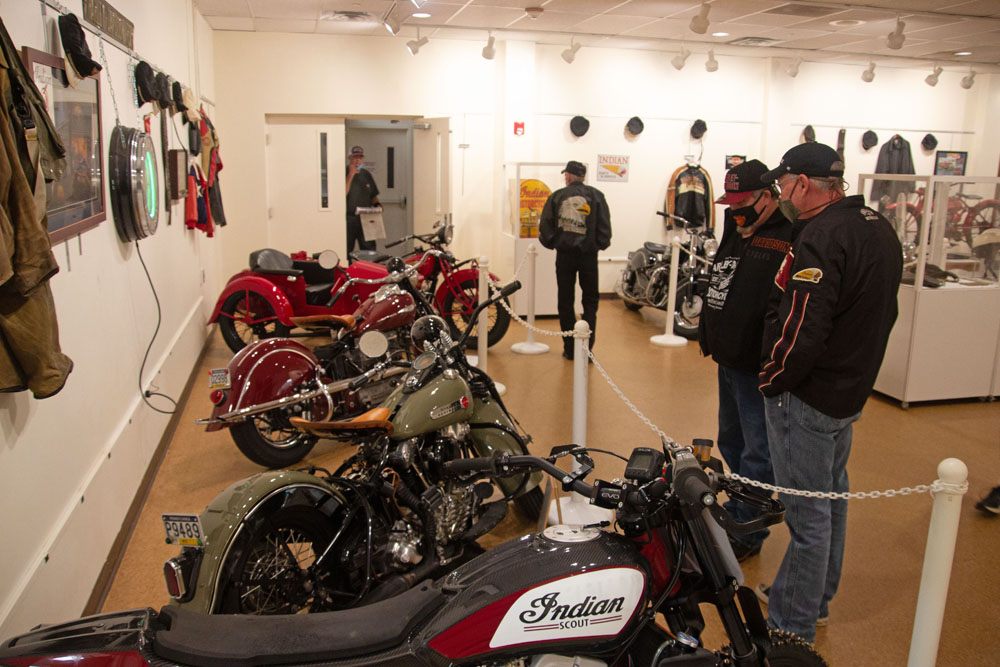 We reluctantly closed the summer exhibit on Sunday, September 27. The successful exhibit featured twenty-five vintage motorcycles. On Monday, September28, the owner Duane Van Fleet packed them up. However, he recently bought ANOTHER motorcycle with sidecar and we have asked him to consider the possibility of another motorcycle show HERE. A few statistics to share:

We asked visitors to vote for their favorite three motorcycles. There were three hundred seventy-seven ballots cast. Placing as number #1 with one hundred six votes was Number #10, a Harley-Davidson 1947Knucklehead. Second place was close behind with one hundred two votes – Number #12, an Indian Chief 1932 with a Princess sidecar. Unfortunately, it was a late entry and not included in our catalogue and calendar.

Aligned to the Motorcycle exhibit was the production of a 2020 Baseball Collector’s pin in honor of the Little League Baseball Games played in South Williamsport(almost) every year. This pin features an Indian bike(1946) with a baseball riding on the back. We have sold over 200 pins and have less than one hundred left.

Elaine Decker Talks About the Great Williamsport Fire of 1871