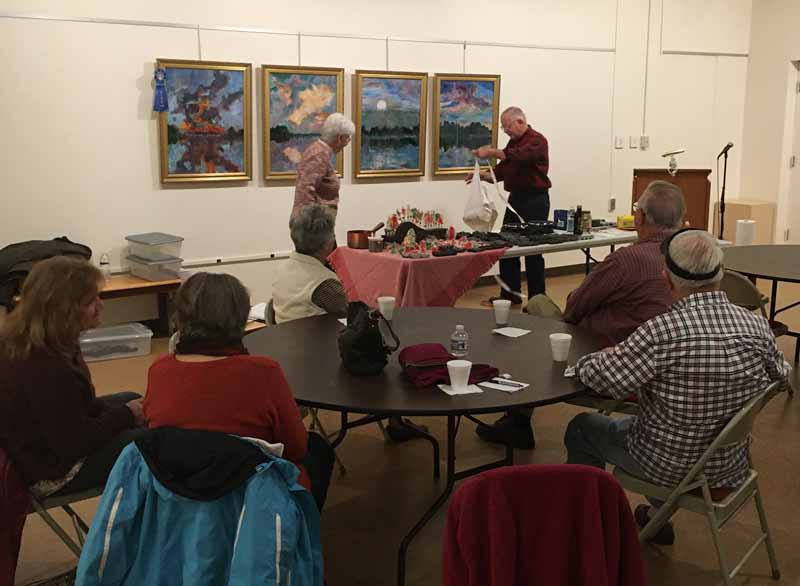 Local historian Rich Nornhold appeared at the Taber Museum with a talk about tradition of clear candy making and a look at some of the metal molds that were used. Nornhold had samples of the candy for the guests to try and allowed folks to make their own clear candy. 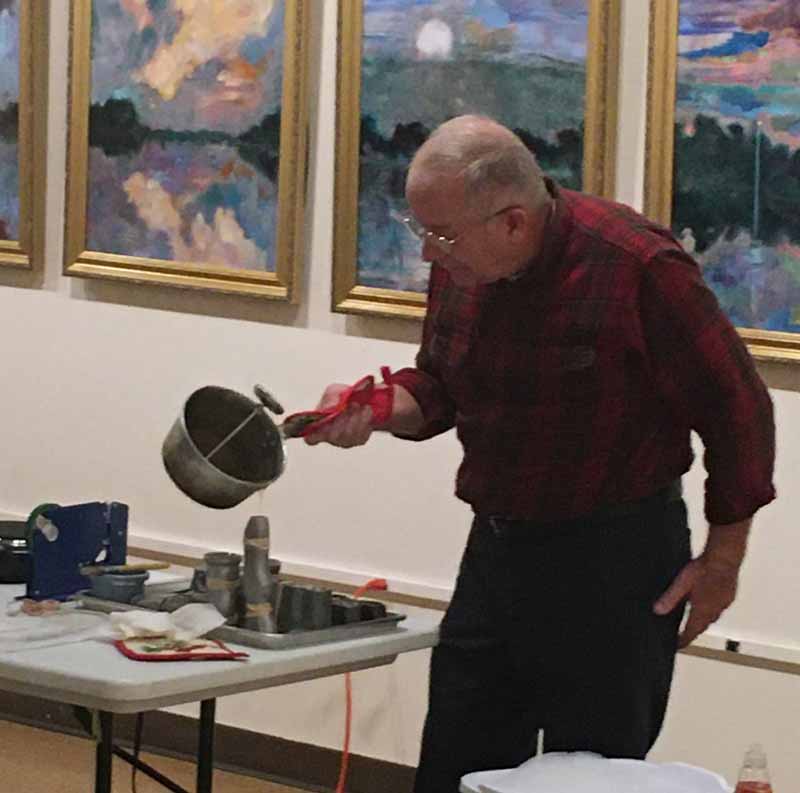 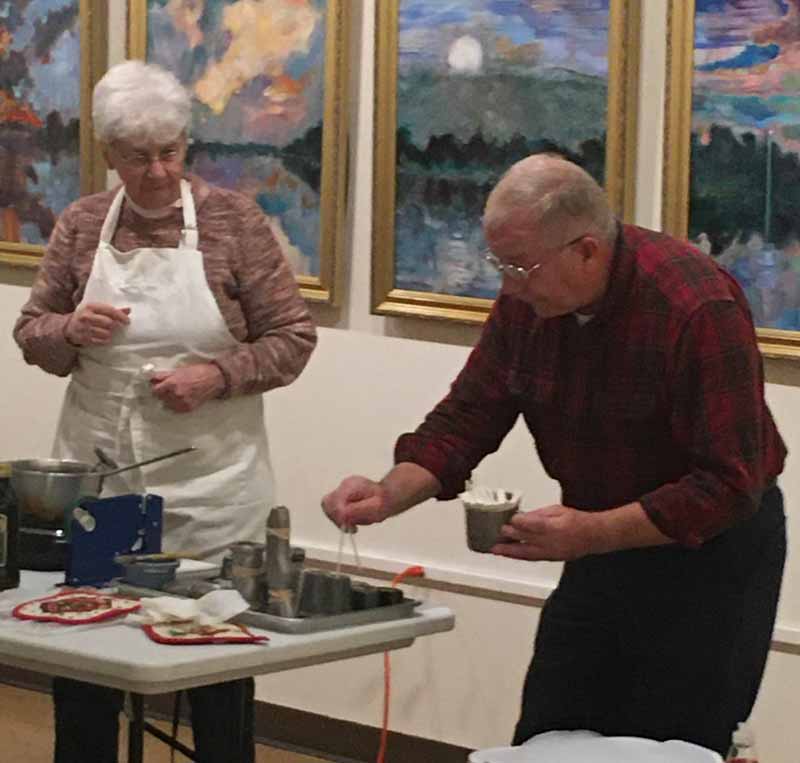 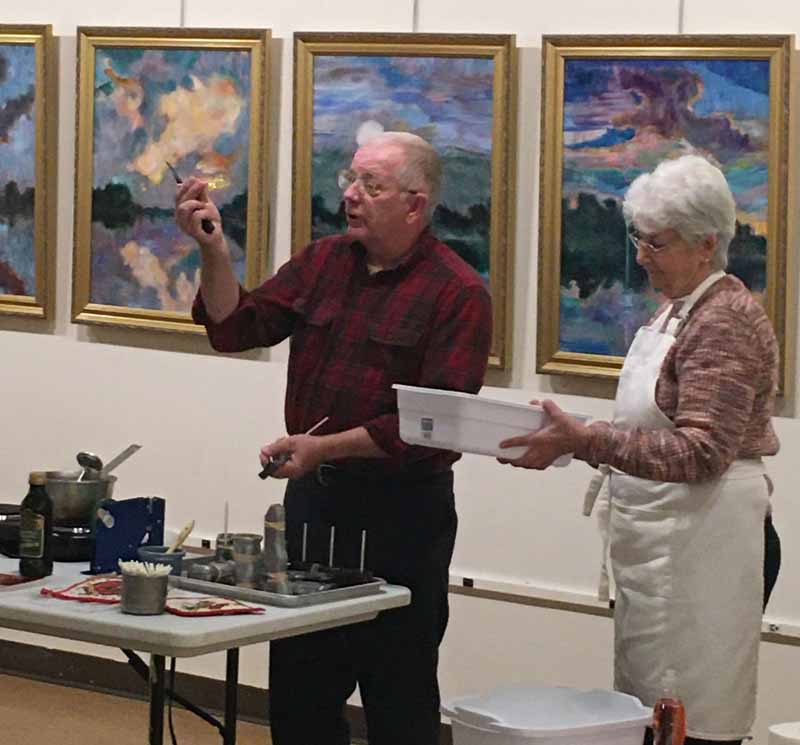 On Christmas Eve following a long-established tradition, children of Pennsylvania German families would leave a plate on the table hoping that it would be filled with nuts, an apple or an orange, and clear toy candy. The candy, often made in whimsical shapes such as farm animals, trains, or Father Christmas were created from a solution of corn syrup (alternately barley water), sugar, and water. Yellow, red or green food coloring were often used to enhance the candy’s appeal.

Nornhold, a native of Snyder County, has been studying and admiring decorative arts for most of his life. He remembers his great great grandfather handing out clear candy as Christmas mementoes to his extensive family. This left an indelible impression on Nornold. His early love of history developed into a teaching career which spanned forty years, teaching history and government studies at Warrior Run High School. As well, he has been associated with the Warrior Run/Fort Freeland Heritage Days Apprenticeship program. He is proficient in mentoring twelve different trades, including coopering.

The lecture was one of the lectures of the 2019 Series which has focused on Decorative Arts, Craftspeople, Collections and Collecting. The 2019 Lecture Series is sponsored by the Woodcock Foundation for the Appreciation of the Arts. 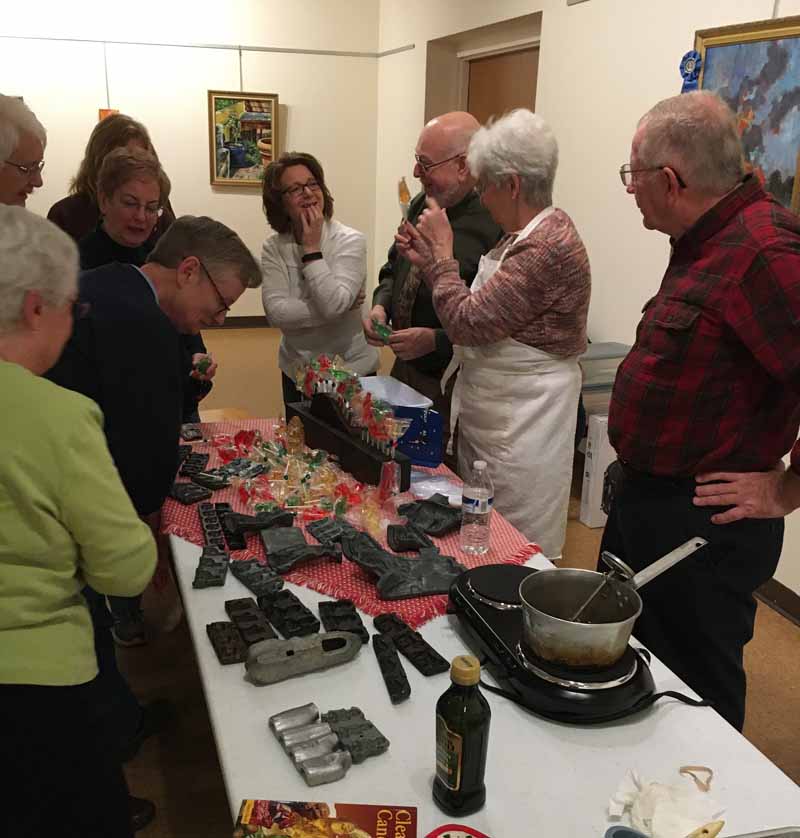 Taber Museum Holiday Exhibit - "When the Circus Comes to Town..."

Steve Mihaly Speaks on Marketing the Presidency: A Visual Tour of 125 Years of Presidential Artifacts
Museum Director Talks About Needlework Samplers
Coffee Hour Program To Feature A Lecture On World War I Nurses
Tom Badman Talks about the Titanic