Notice is hereby givien to the Curious,
At This Location Today
A COURSE of EXPERIMENTS,
on the newly-difcovered
ELECTRICAL FIRE. 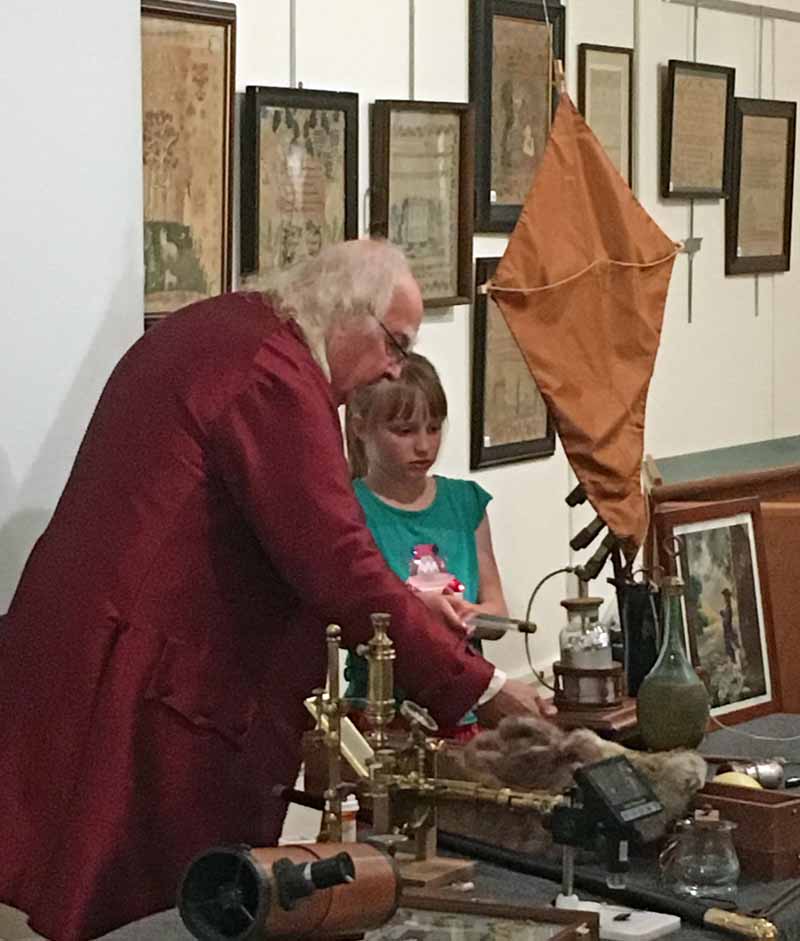 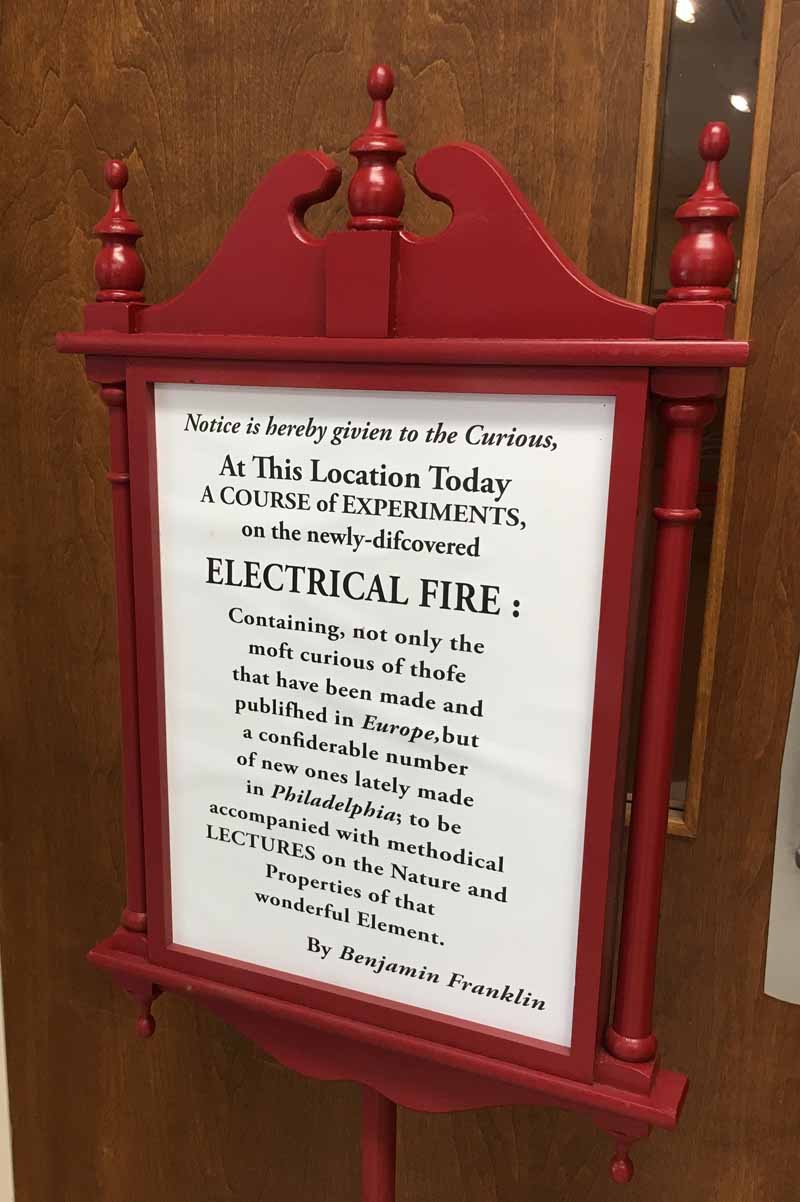 Thusly the announcement of the appearance of Benjamin Franklin's at the Taber Museum on Saturday, August 24, 2019 was made to an audience of curious youngsters and adults. Mr. Franklin spoke about his many scientific experiments and involved the kids with his wondrous devices and experiments.

Benjamin Franklin was portrayed by Mile 'Mike' Kochan who is particularly interested in sharing the scientific experiments of Ben Franklin. He recounted his famous kite-flying tests as well as many other of his advanced experiments to the interested audience.

Mr. Franklin's appearance was courtesy of a grant awarded to the Lycoming County Historical Society by the Free and Accepted Masons. 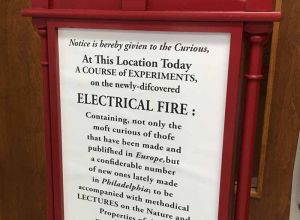 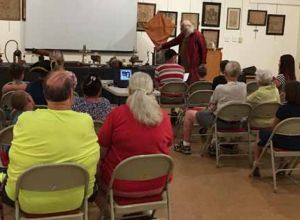 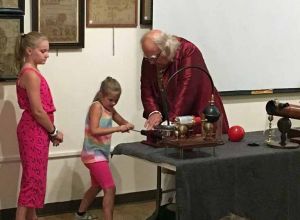 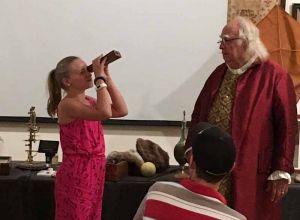 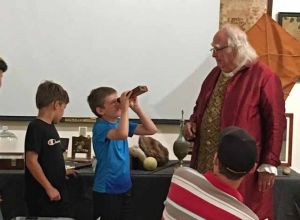 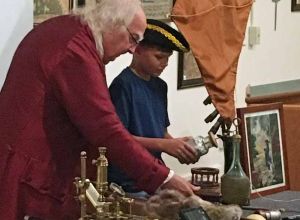 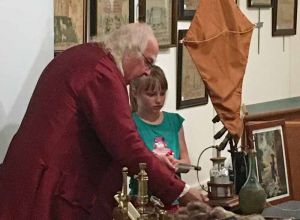 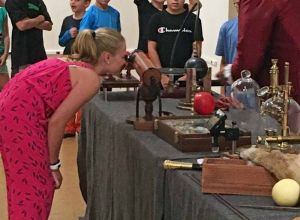 Rich Nornhold Reviews the Artistry of Fraktur at the Taber

Garden Party at the Culler Mansion