Quilts Commemorating World War I And The Quilters Who Made Them 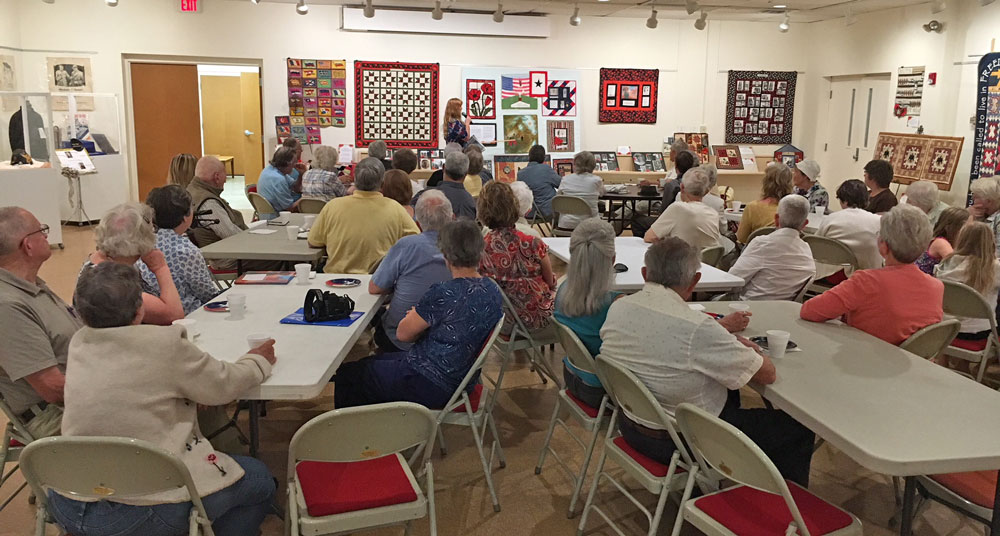 The Thomas T. Taber Museum of the Lycoming County Historical Society hosted a group of quilters, most of whom are associated with the Susquehanna Valley Quilt Guild, on Thursday, June 14, 2018 at its monthly Coffee Hour. They spoke about quilts they created to honor their relatives. This lecture kicks off the summer exhibit at the Taber Museum of the quilts and other artifacts in the collection associated with local participation in World War I. 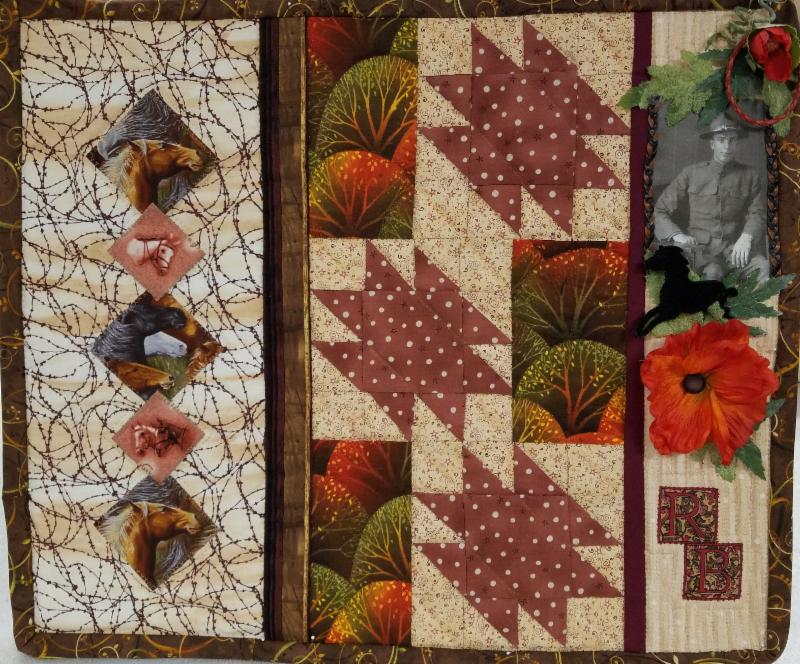 To honor the centennial of the conflict of World War I, many of the quilters produced one, if not more, quilts honoring the service of their relatives. Many of the quilts feature red poppies, symbolizing the poem and song “In Flanders Field”. The quilters also utilized khaki fabric, first used during World War I. The quilters included Linda Becker, Joy Brown, Cindy Campbell, Cindy Craddock, Kim Hunter, Nancy Jacobs, Mary Kaufman, Sally Labenberg, Betty Neff, Kay Rhinehart, Carol Shetler, Sue Smith and Patti Winters.

During 2018, fourteen lectures at the Taber will focus in on the era of World War I as the 100th anniversary of the end of the war approaches. Traditionally, the end of the war is remembered on Armistice Day (now more commonly referred to as Veteran’s Day), 11 November. In 1918, the armistice was signed between the Allies of World War I and Germany at Compiègne, France, for the cessation of hostilities on the Western Front of World War I. It took effect at eleven o'clock in the morning—the "eleventh hour of the eleventh day of the eleventh month." 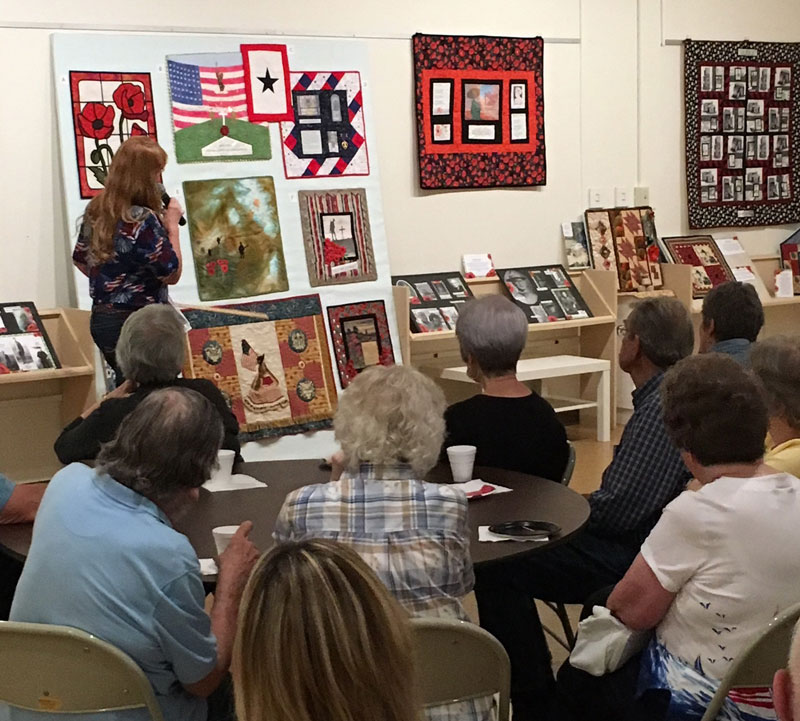