Tom Badman Talks about the Titanic 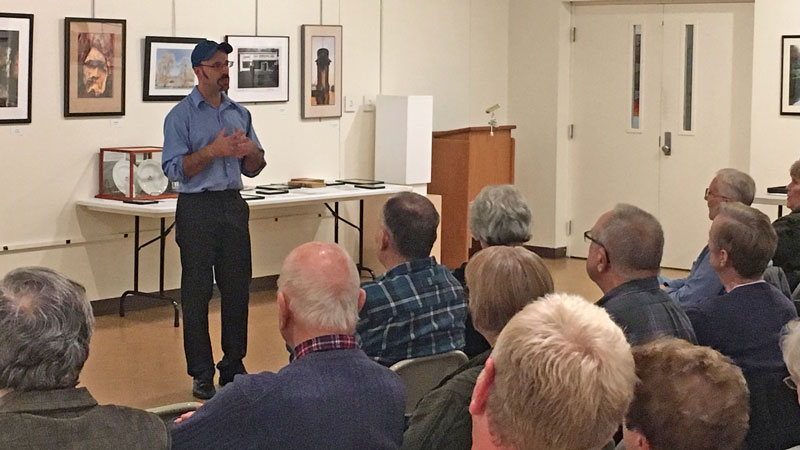 The Taber Museum hosted a lecture on the Titanic by Tom Badman on October 21, 2018. Badman also displayed artifacts associated with the Titanic and its sister ships the Oceanic and the Britannic. 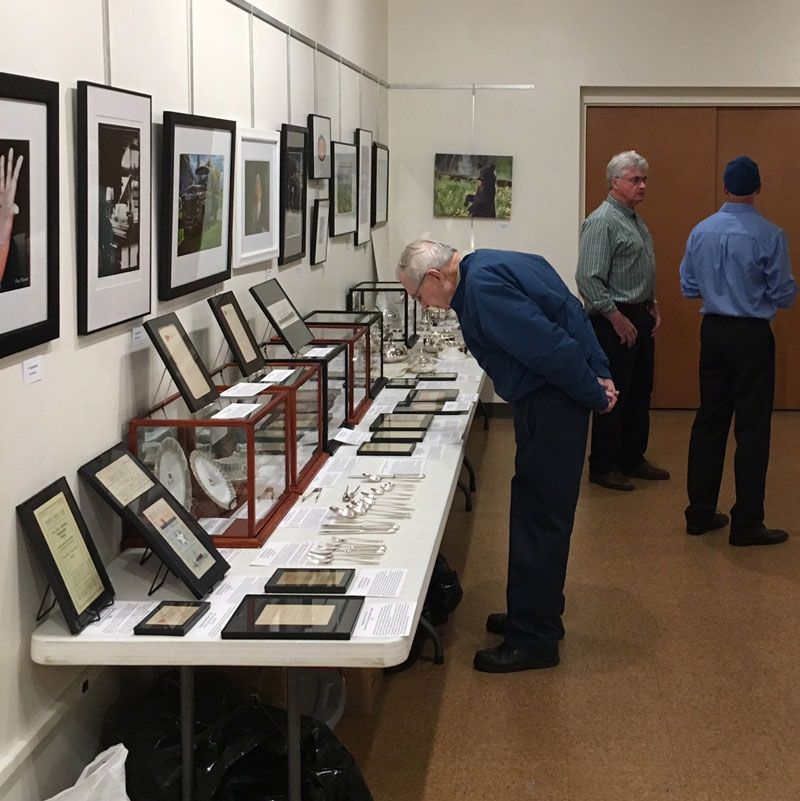 The RMS Titanic sailed its maiden voyage with an estimated 2,224 passengers and crew in April 1912 from Southampton, England, bound for New York City. At the time it entered service, it was the largest ship of the White Star Line, second of three Olympic-class ocean liners. With every amenity from an orchestra to crystal chandeliers, its own trademark china and silverware, the Titanic hosted a passenger list including a number of the wealthiest and most influential people in the world. Tragically, the Titanic collided with an iceberg in the early hours of April 15, 1912, and more than 1,500 died.

Since elementary school, Selinsgrove resident Tom Badman Jr. has been fascinated with the Titanic's story. He has collected hundreds of items, including dishes, crystal, flatware and menus from the White Star Line, which produced the Titanic, along with luxury ships like the Olympic and Britannic. He owns a piece of coal that was on the Titanic. Many of the items extremely rare; they were once used by passengers on the Olympic — Titanic’s nearly identical sister ship — and were created specifically for the White Star Line.

The program was well attended by folks who are likewise interested in the tragic story of the Titanic's demise.

The program was part of a series of lectures for 2018 which focus on the era of World War I. The lecture series has been generously sponsored by the Woodcock Foundation for the Appreciation of the Arts, the Edward J. Smith Post, Muncy; the Bower-Decker Post 251 American Legion, Montgomery; the Garrett Cochran American Legion Post in Williamsport; and Leroy O. Buck Post, Duboistown. 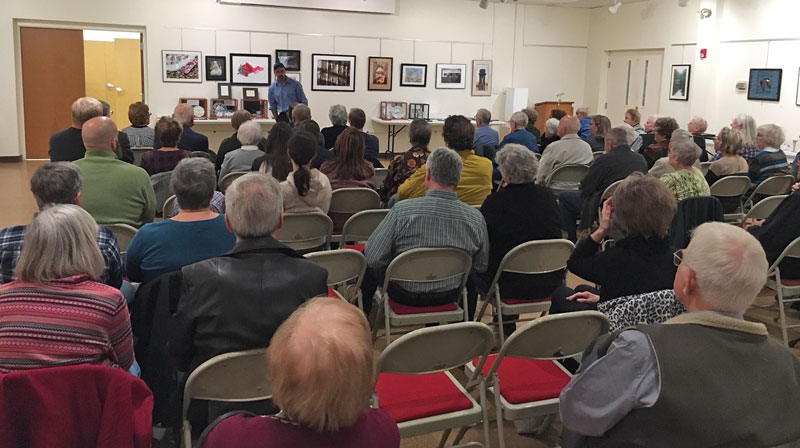 Quizzo at the Taber has October Return

Was Muncy Farms resident Henry Brock the model for ‘The Great Gatsby’?