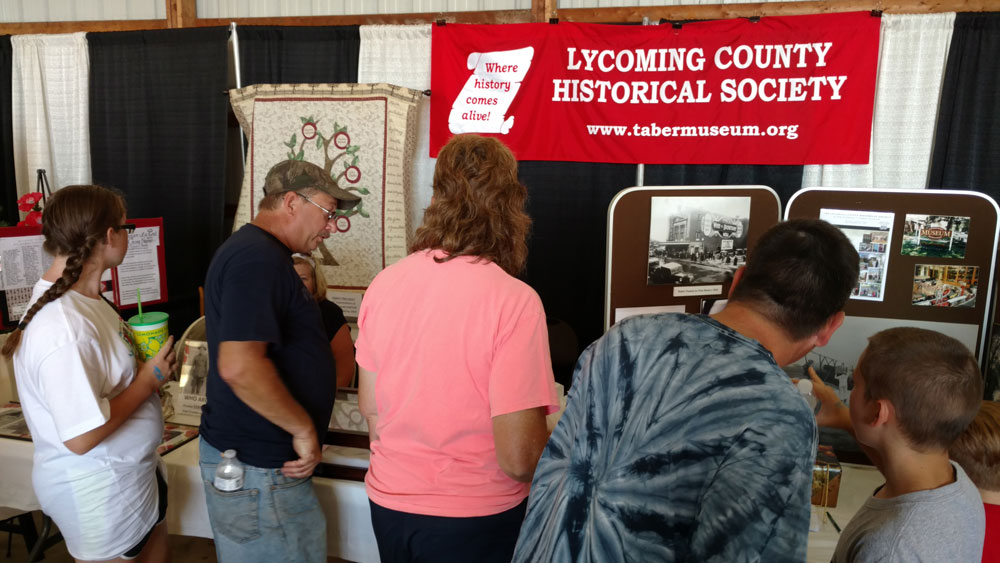 The Lycoming County Historical Society completed another successful year at the Fair. The 2017 exhibit included a pictorial display of vintage photographs from the City of Williamsport. For several years, the main feature of the exhibit has been the "mystery artifact." Each year Executive Director Gary Parks selects an object from the Taber Museum collection to display. Guesses are solicited from Fair attendees. It is great fun for all, as the objects are usually quite unusual and mysterious.

With the Lycoming County Fair now part of history, the mystery artifact presented by the Thomas T. Taber Museum of the Lycoming County Historical Society can be revealed. It was a frog gig, using for spearing and catching frogs. As Francis Getgen, Jr., explained, “the side prongs open, setting it to snap shut when pushed upon the target fish.” The museum acquired the item from Edwin Houseknecht of Unityville last year.

The one hundred nine guesses made at the Fair ranged from reasonable to outrageous. Some of the guesses included thoughtful guesses, “fruit harvesting tool,’ ‘tongs for lifting cloth, rags, clothes from hot water,’ ‘bread holder for toast’, and ‘a tool used to grab wood during logging’ to the more imaginative guesses, ‘catching chickens by the foot’, ‘for harvesting grain by hand to separate the grain from the stalk’, ‘sauerkraut device for removing sauerkraut from a barrel’, and perhaps the most imaginative, ‘to pull ticks off elephants’. We are not aware of too many elephants in the County! 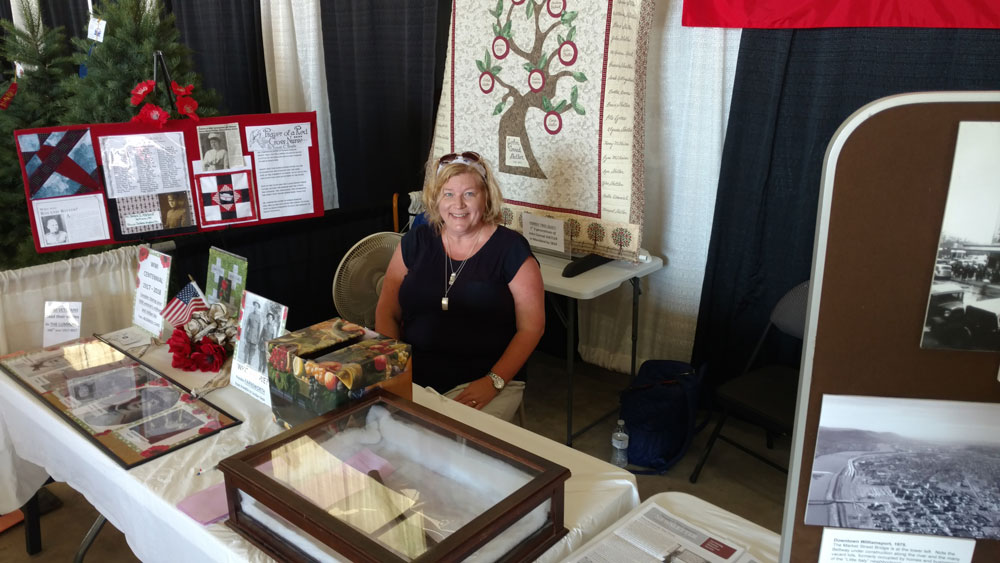 We accepted variant answers for the gig including the guesses of an eel gig and a fish gig. John Hoover, of Mount Pleasant Mills, was the first correct answer to be pulled out of the box and will receive a $20 gift card for his guess. However, a number of people were ‘eligible’ as they had the right answer. Those folks guessing a frog gig were John Hoover, Stacey Russell, Todd Lehman, and Janet Tilley. Toots Barto, Ann Milheim, and Dan Smith were correct in identifying it as an eel gig and the list of ‘fish gig’gers includes H. Randy Brooks, Alex Levan, Kevin Gehr, Chris Suzadail, Jon Hunsinger, Brock Waldron, Edna Zerbe, Steve Campbell, Jacob Kuntz, Gary Gibson, Dan Spako, Jack Zimmerman, Curt Miller, Clarence Barto, Eric Rhoads, Jack Craft, Francis Getgen, Jr., Allan Bennett, Alex Culver and Robert W. Fisher.