Our History Day Camp was held July 31, August 1-4 and focused on Native American culture and frontier settlement. The attendees had the opportunity to participate in a mock archaeological dig under the supervision of wellknown archaeologist Tom ‘Tank’ Baird and learn Native American drumming skills under the guidance of Scott Atherton of the Red Arrow Singers.

Among the presenters were Joni Decker, who spoke on the frontier cabin and colonial herbs, Lucy Henry, who demonstrated the dulcimer, ‘Tank’ Baird who escorted the children through the Native American Gallery, Sandy Rife, who spoke about the gristmill and its importance to colonial well-being, Bev Conrad, who played the fiddle and told scary ghost stories, Gary Fogelman who talked about Native Americans’ use of the atlatl for spearing game and Shirley Crawley who transformed a jar of cream into delicious homemade butter. Kayleigh Woods, a recent graduate of Lycoming College, coordinated the Day Camp. Kayleigh, a former student of Bruce Buckle at Montoursville High School, first came to us as a senior, showing a natural ability of sewing accession tags into items of clothing. She has worked as a Day Camp volunteer for the previous three years.

Crafts were a highlight of the camp as the children designed a tee shirt with their own colorful, artistic statements and created a log cabin with a milk carton, pretzel sticks and crackers for roof tiles. They also designed dream catchers, often choosing their favorite colors for the yarn and feathers, and beaded snakes with simulated trade beads.

The children’s comments are always enlightening to read! A nine year old enjoyed the crafts and drumming, but “I didn’t like turning the butter but I did like eating it.” Another nine year old indicated her favorite activity was ‘learn[ing] a lot about the indins on the first day’ and ‘learn[ing] to play the drum.” But she advised that her least favorite activity was ‘eating plants. I didn’t like eating plants. You shouhed [SIC] not eat Plants.” A twelve year old enjoyed ‘seeing & drumming with the guy & also hereing the turkey story’ and ‘diging and finding points’ and concluded by writing ‘I love the taber musieam. I this Camp.”

Check out the photographs of other presentations and crafts. 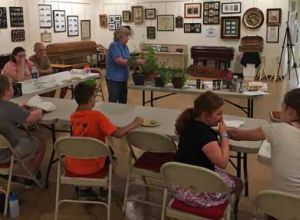 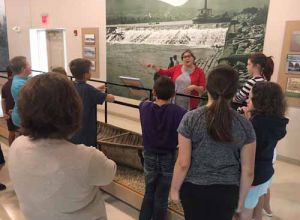 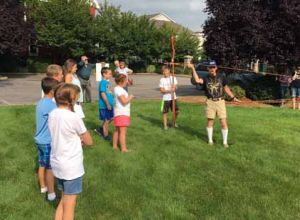 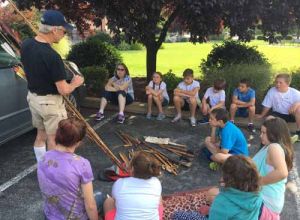 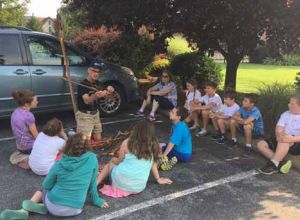 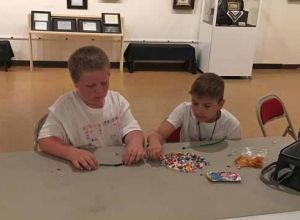 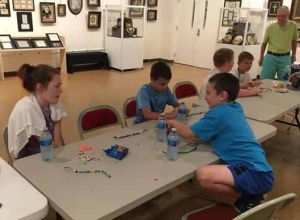 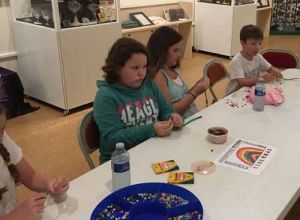 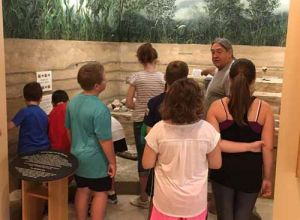 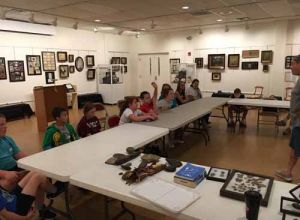 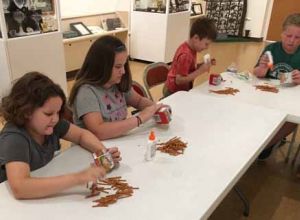 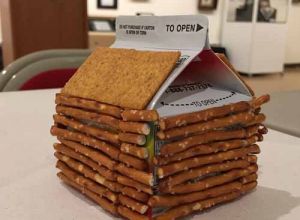 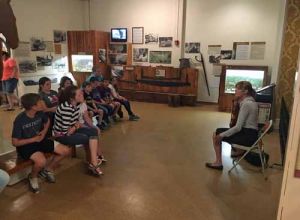 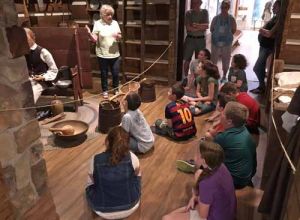 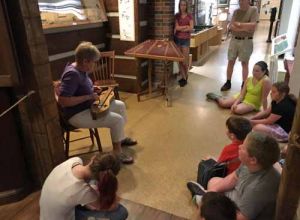 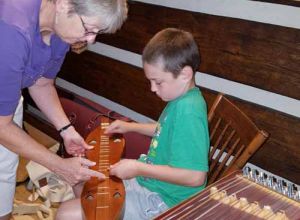 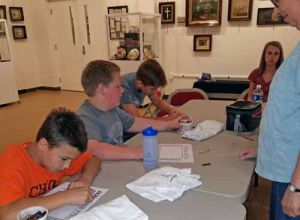 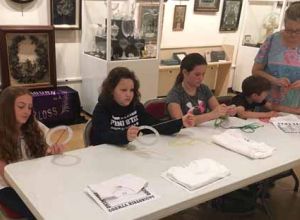 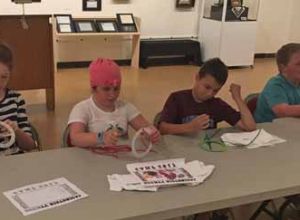 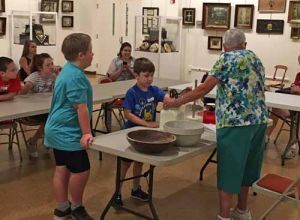 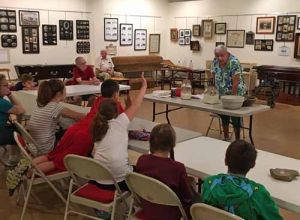 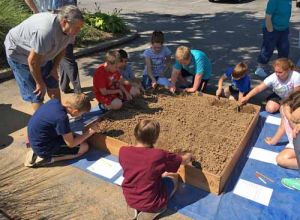 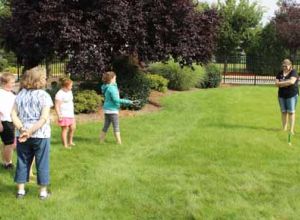 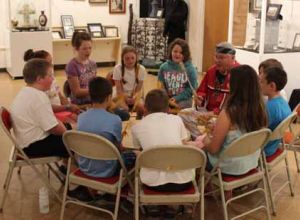 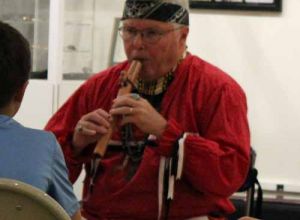 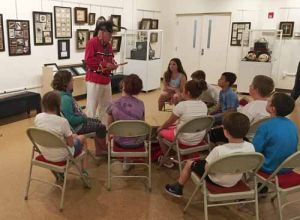 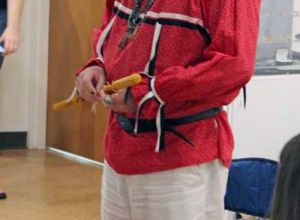 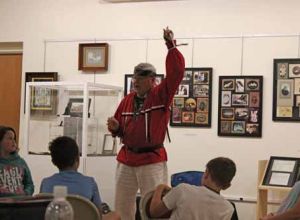 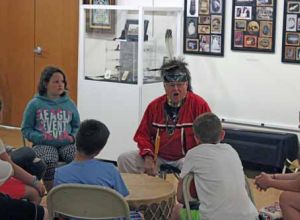