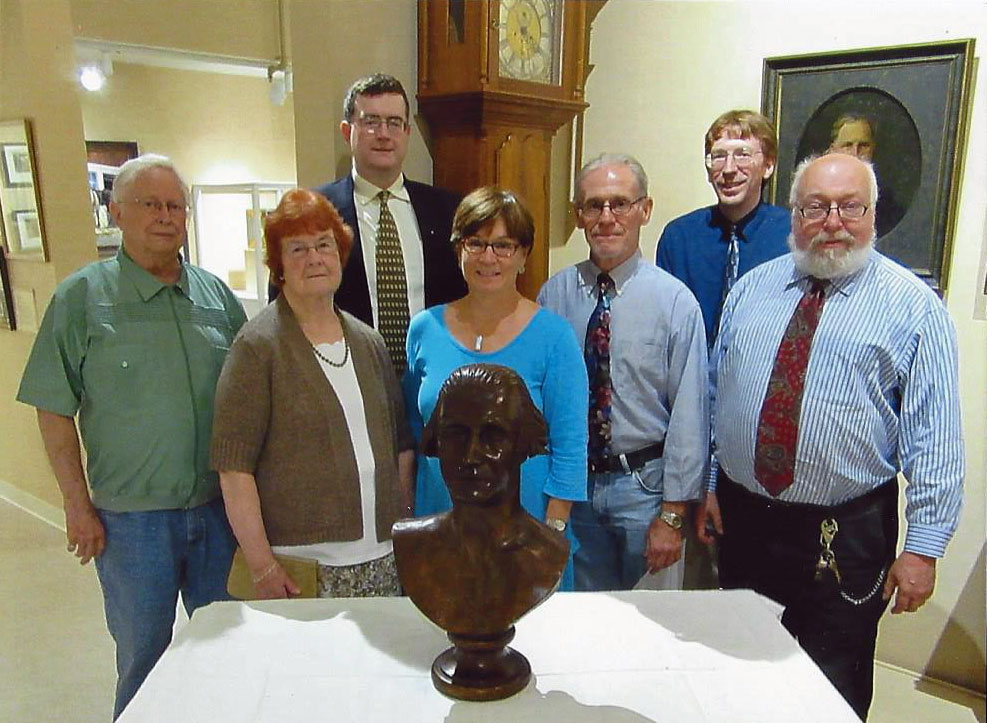 The museum recently received a bust of George Washington, courtesy of Susan G.S. Anderson, D.M.D., and her husband Dan Llewellyn. The bust is a bronze casting of a wood carving created by Master Cabinetmaker Eugene (Gene) Landon in 2006. The bronze is numbered #6 of 20.

The wood carving, commissioned by Mr. Templeton of Templeton Funds was created from the last living Liberty Tree – a tulip poplar that stood during the Revolution in Annapolis, Maryland. Gene carved busts of Presidents Washington and Lincoln and these were presented to President George W. Bush at the White House.

A magnificent carved eagle that he created out of part of the Liberty Tree is displayed in Constitution Hall in Philadelphia and will eventually go to the Smithsonian. Gene built Bible boxes for both President Jimmy Carter and President George W. Bush.

The bust will be displayed within the newly-refurbished fine and decorative arts gallery.