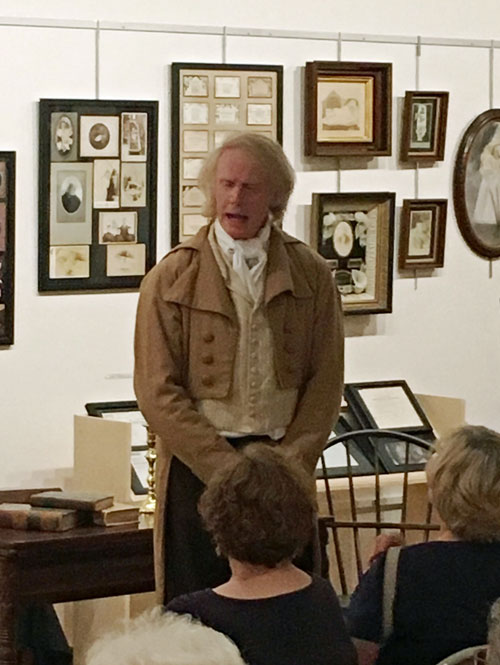 Guests to the Taber Museum on the evening of Thursday, June 29, 2017 had a very rare opportunity to meet with the former President of the United States, Thomas Jefferson.

Portrayed by Tom Pitz, ‘Thomas Jefferson’ received visitors from Lycoming County as if he was at the Swann’s Tavern in Charlottesville, Virginia, June 29, 1817. Mr. Jefferson will reminisce about events from forty-one years prior to 1817, leading up to the creation of the Declaration of Independence. Mr. Pitz has portrayed Thomas Jefferson at numerous historical societies and at functions at the National Geographic Society, the United States Treasury and at Mount Rushmore for festivities on the Fourth of July.

Over 80 members of the public attended the fascinating event. 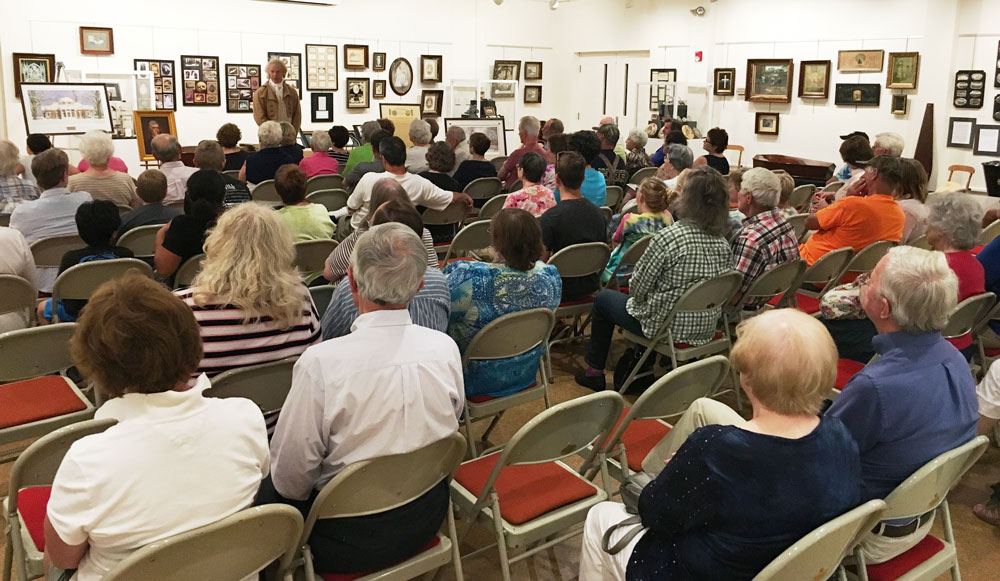