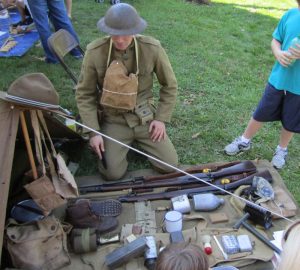 The kids studied the World War I era on Monday and Tuesday. Wednesday featured a study of Washington Cemetery, soldiers, and the like. Thursday and Friday the session concluded with the study of World War II. 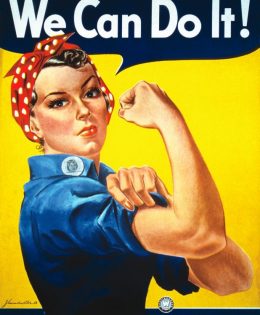 The campers had great experiences.

There was a wide range of activities including: Women in the War, propaganda, a visit from Amelia Earhart, creating care packages, a talk about the Civilian Conservation Corps (each child given a maple sapling), and a sock hop (well, loosely defined as a sock hop). The kids created styrofoam airplanes and practiced flying them. This was voted as the favorite activity of the camp.

The reenactor who portrayed Amelia Earhart was so convincing that one young lady from Day Camp thought she was the real thing!

History Day Camp is a wonderful opportunity for children to experience and learn history. Thanks to all the LCHS volunteers that made it happen.

What Was That Fair Artifact?