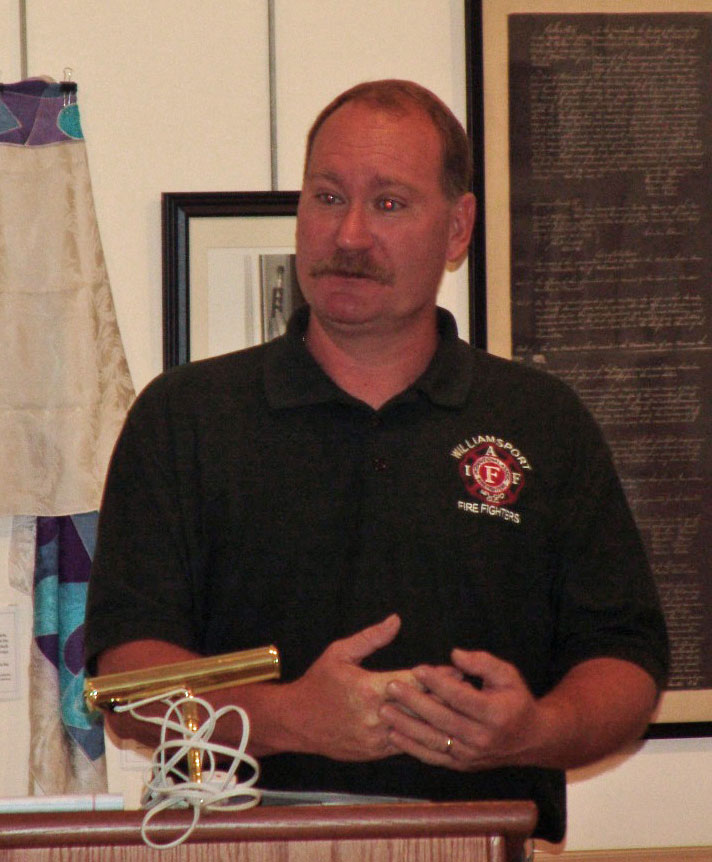 In conjunction with the Sesquicentennial celebration of Williamsport’s City Charter, granted in 1866, the Thomas T. Taber Museum of the Lycoming County Historical Society hosted a series of mini lectures on July 2, 2016.

At 9am, “Williamsport Firefighters” was presented by Kevin Breen of the Fire Department. At 9:30am, Lou Hunsinger, Jr., highlighted several of the mayors of the city in his presentation. James Carn spoke next on “A History of the Williamsport Police Department”. “Williamsport Women” was the subject of Mary Sieminski’s talk at 10:30am. At 11:00am, Richard James presented a short film pertaining to the African-American experience in Williamsport.

The museum was open for touring until 4 pm. In celebration of the sesquicentennial, no admission was charged.