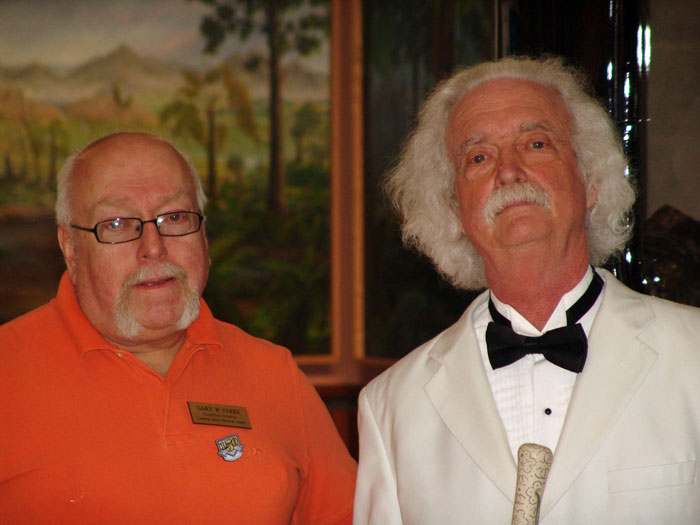 Famous storyteller Mark Twain made an appearance at Ways Garden on Saturday, July 2, 2016. Twain had not visited since he lectured on New Year’s Eve 1869 at the new Ulman Opera House.

‘Mark Twain’, as portrayed by Charles Kiernan, recounted the life and times of Samuel Clemens, whose pen name was ‘Mark Twain’ and who brought to life Tom Sawyer, Huckleberry Finn, and the celebrated jumping frog of Calaveras County. He also talked about Twain’s boyhood memories, life on the Mississippi, the Civil War, adventures in California, and his friend General Ulysses S. Grant.

Charles Kiernan performs at theaters, schools, libraries and festivals. He is the coordinator of the Lehigh Valley Storytelling Guild, is the Pennsylvania State Representative for the National Youth Storytelling Showcase and the State Liaison for the National Storytelling Network. The program was free and open to the public and was presented as a part of the Sesquicentennial celebration (150 years) of the City Charter of Williamsport.

Kiernan’s appearance was sponsored by Sims Insurance Agency of Williamsport.