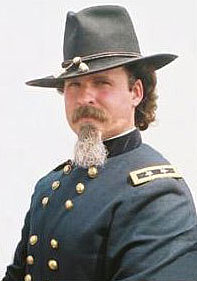 The Thomas T. Taber Museum of the Lycoming County Historical Society hosted its fourth Coffee Hour program on Thursday, June 14 at 10 am in its Community Room. Guest speaker John Deppen recounted the life of Major General Winfield Scott Hancock. Hancock was a career Army man, serving in the Army for four decades including service in the Mexican-American War and the Civil War. After Major General John F. Reynolds was killed on the first day of battle at Gettysburg (July 1, 1863), Major General George Meade, the new commander of the Army of the Potomac, sent Hancock to take command of field units. Hancock’s 2nd Army Corps received and repulsed Pickett’s Charge on the third day of battle at which time Hancock was seriously wounded.

Of Northumberland, John Deppen is well-recognized as a writer and speaker focusing on military history and veterans’ issues. He has contributed hundreds of articles to Military Heritage, Civil War Historian, Blue and Gray, and The Daily Item of Sunbury. He is active in the General John F. Hartranft Camp No. 15 of the Sons of Union Veterans of the Civil War and is an honorary member of the Snyder County Veterans Council and the Korean War Veterans of Lycoming County council. He has appeared before Civil War Roundtable meetings in six states and has appeared before thousands of students throughout central Pennsylvania. 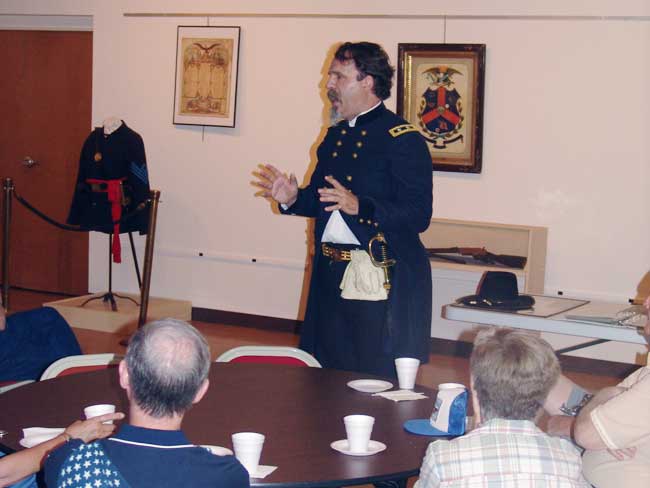 On Sunday, June 17 at 2 pm, the Historical Society hosted Maxine Getty, portraying a Civil War widow. As a “Lady in Mourning” and appearing in period dress of the 1860s, she will share the custom of mourning, who mourns and the time and etiquette involved. As Maxine goes through the arduous custom, she will provide a very real picture of what life was like for women in the mid nineteenth century.

Maxine brought with her a display of antique and reproduction items used for women in mourning as well as other items found in the households of the time. She has tied her program with the life of Rebecca Cameron, widow of the late Colonel James Cameron, Commander of the 79th New York State Militia Volunteers, or Highlanders. Maxine’s husband David will appear in full dress uniform as a Highlander.

Maxine has been doing historical impressions for the past 18 years. She became interested in living history while accompanying her husband to reenactments where she realized there was little for and about women. Maxine currently teaches at the Empire State Colleges Life Long Learning Program. Her speaking and teaching experiences come from her career in the US Air Force. She was for many years a recruiter and an instructor at the Leadership School where she taught Military History and Drill and Ceremonies. She retired from the Air Force as a Senior Master Sergeant with 26 years. 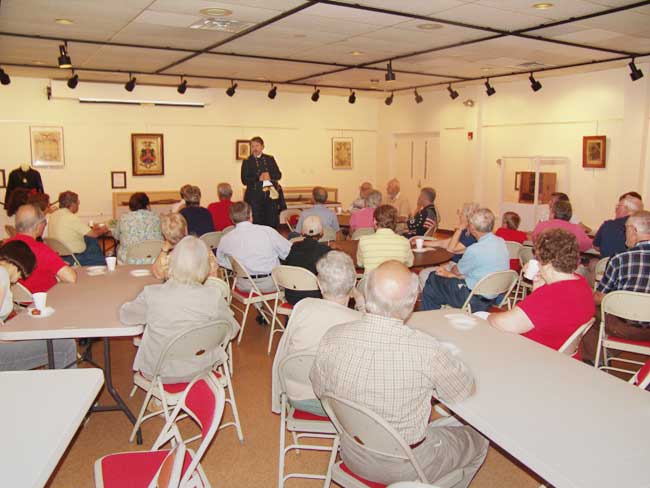