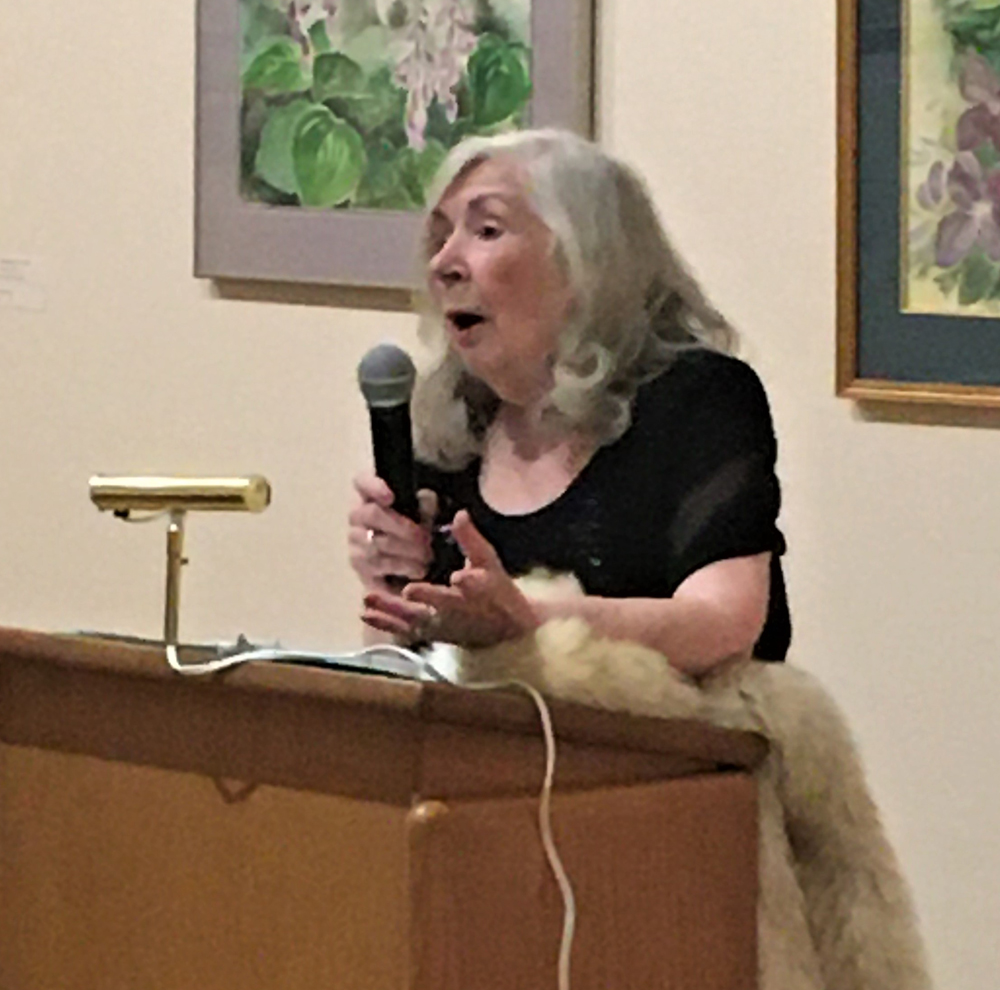 We know her as the famous movie star of the 1940s and 1950s. Had she lived to today, she would have reached the age of 96. Of course, Marilyn Monroe never made it to her 37th birthday.

On Sunday, June 19, 2022, guests at the Taber Museum had the opportunity to hear about the life and celebrity of Monroe through reenactor Meg Geffken. Fifty-two guests attended the Father's Day special presentation, as "Marilyn" recounted her life story.

Born Norma Jeane Mortenson in 1926, Marilyn Monroe rose through Hollywood’s Golden Age to become one of the most popular sex symbols of the 1950s and early 1960s. Her films illustrated her ability to play a comedic ‘blonde bombshell’ with naivete. Some of her most popular roles were in the films Gentlemen Prefer Blondes, How to Marry a Millionaire and The Seven Year Itch. In 1999, the American Film Institute ranked her sixth on their list of the greatest female screen legends from the Golden Age of Hollywood.

Meg Geffken is known for her portrayals of notable women including Eleanor Roosevelt, Abigail Geisinger, Amelia Earhart, Clara Barton, and Queen Victoria. She recently portrayed Beatrix Potter, writer and illustrator of a series of charming children’s books including, The Tale of Peter Rabbit. 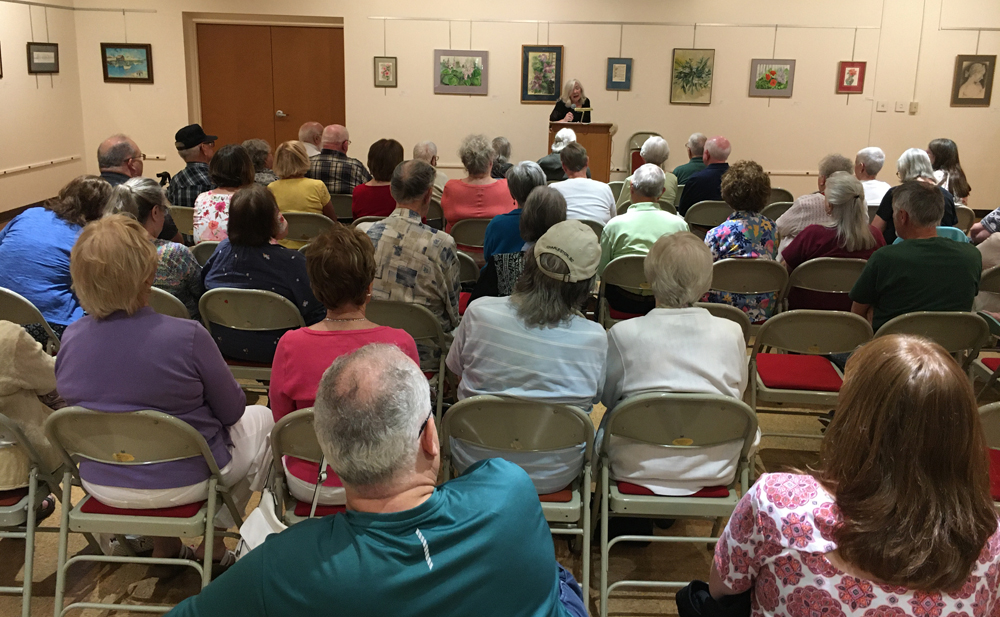 Sisters Demonstrate Broom Making at the Taber
As One Chapter Closes, A New Chapter (and Exhibit) Emerge…
Loyalsock High School Senior is 2016 Student Historian
A ‘Wordy War’: Pennsylvania and the Making of American Independence Explored at the Taber Museum