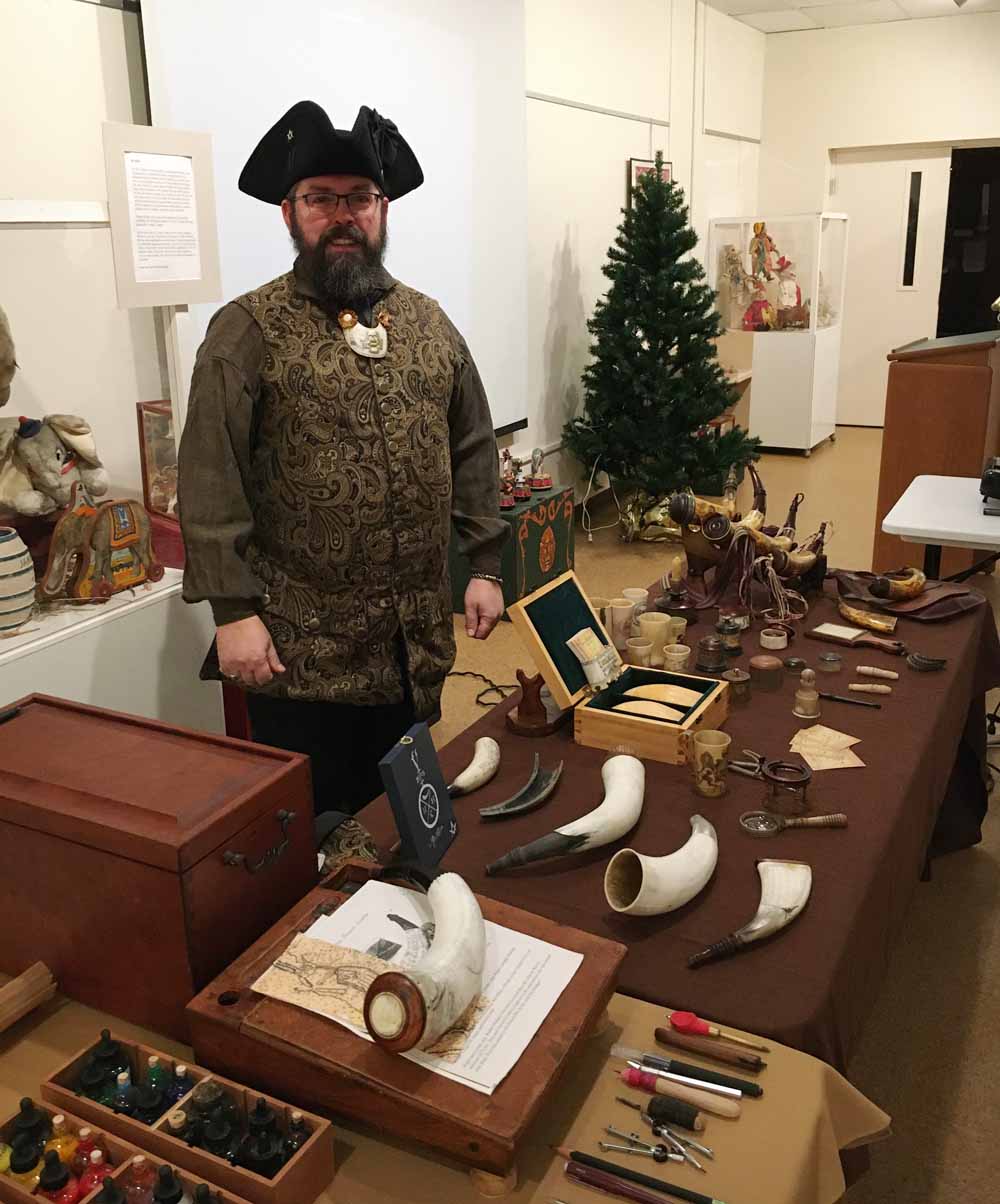 The Taber Museum hosted a lecture on scrimshaw by John DeWald and a performance by the Williamsport Music Club at its final Coffee Hour of 2019.

John DeWald, who has mastered the art of scrimshaw and produces elaborately-carved powder horns, eagerly sought by reenactors and collectors, was the speaker. He has earned the distinction as a ‘Master Horner’. DeWald was initially inspired by his father and began embellishing powderhorn with simple designs at the age of twelve.

Multiple examples of his work was displayed at the talk, as well as the tools used for his craft.

The Williamsport Music Club followed with a few selections which brought to mind the theme of this year’s holiday exhibit, ‘When the Circus Comes to Town’. The exhibit features a Humpty Dumpty Circus created by the Schoenhut Manufacturing Company, carved wooden figures created by Ron Warren, vintage tin toys, carousel music boxes, Emmett Kelly figurines, circus posters, and other memorabilia from nationally-known circuses including Ringling Brothers and Barnum and Bailey. The exhibit will continue through January 18, 2020.

During 2019, fifteen lectures at the Taber Museum focused on craftspeople, and collectors and collections of decorative arts. The Lecture Series was underwritten by a generous grant from the Woodcock Foundation for the Appreciation of the Arts. 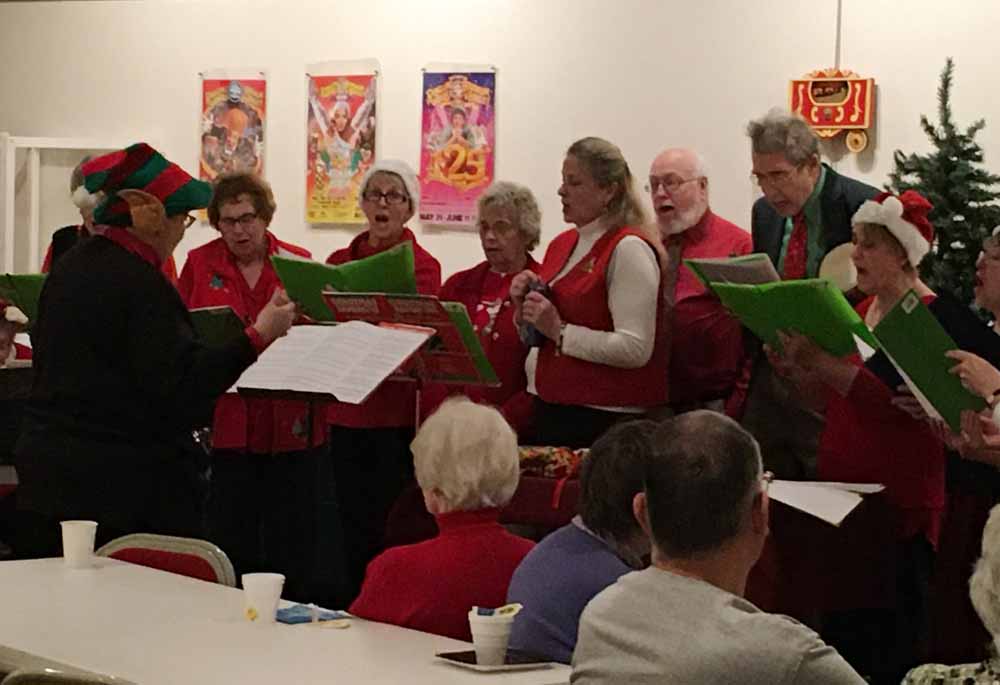