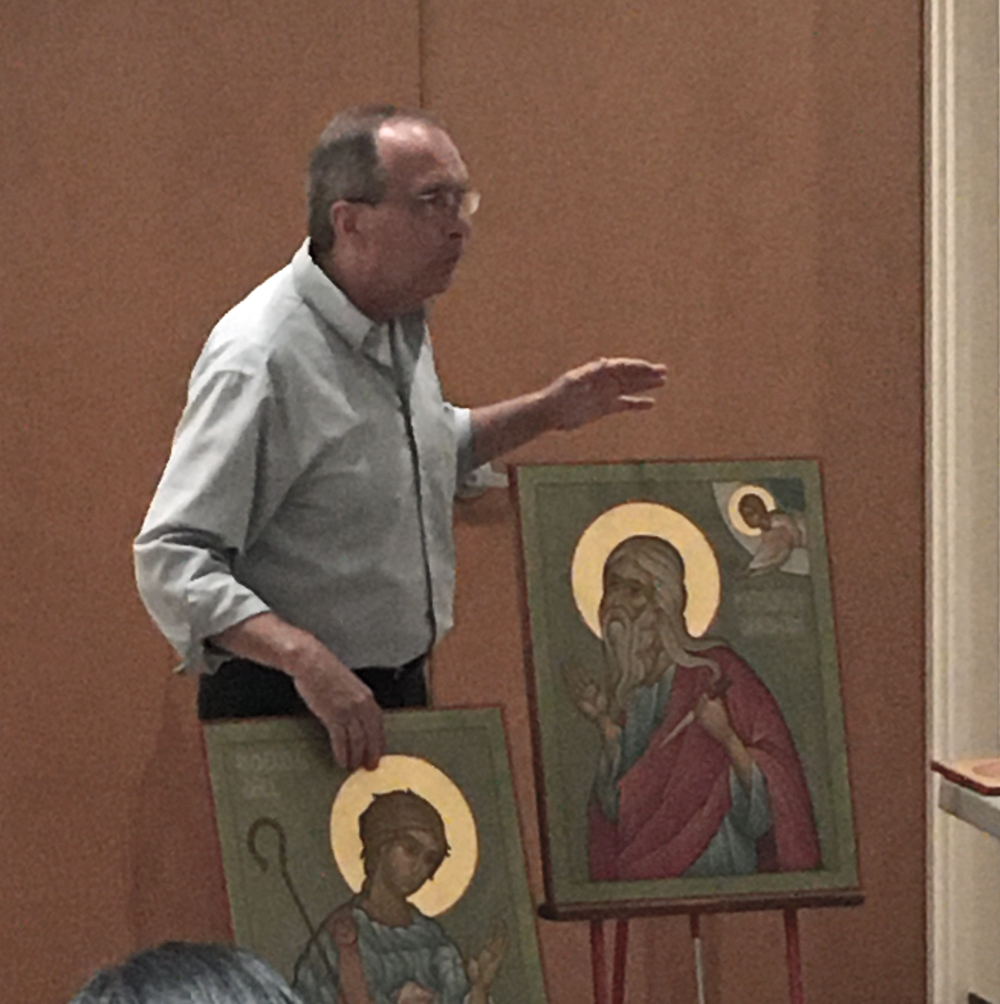 Peter Pearson, a nationally recognized authority on Byzantine iconography, spoke at the Taber Museum on Thursday, June 9, 2022, at 10am, at the museum’s Coffee Hour. Forty-three guests were in attendance. 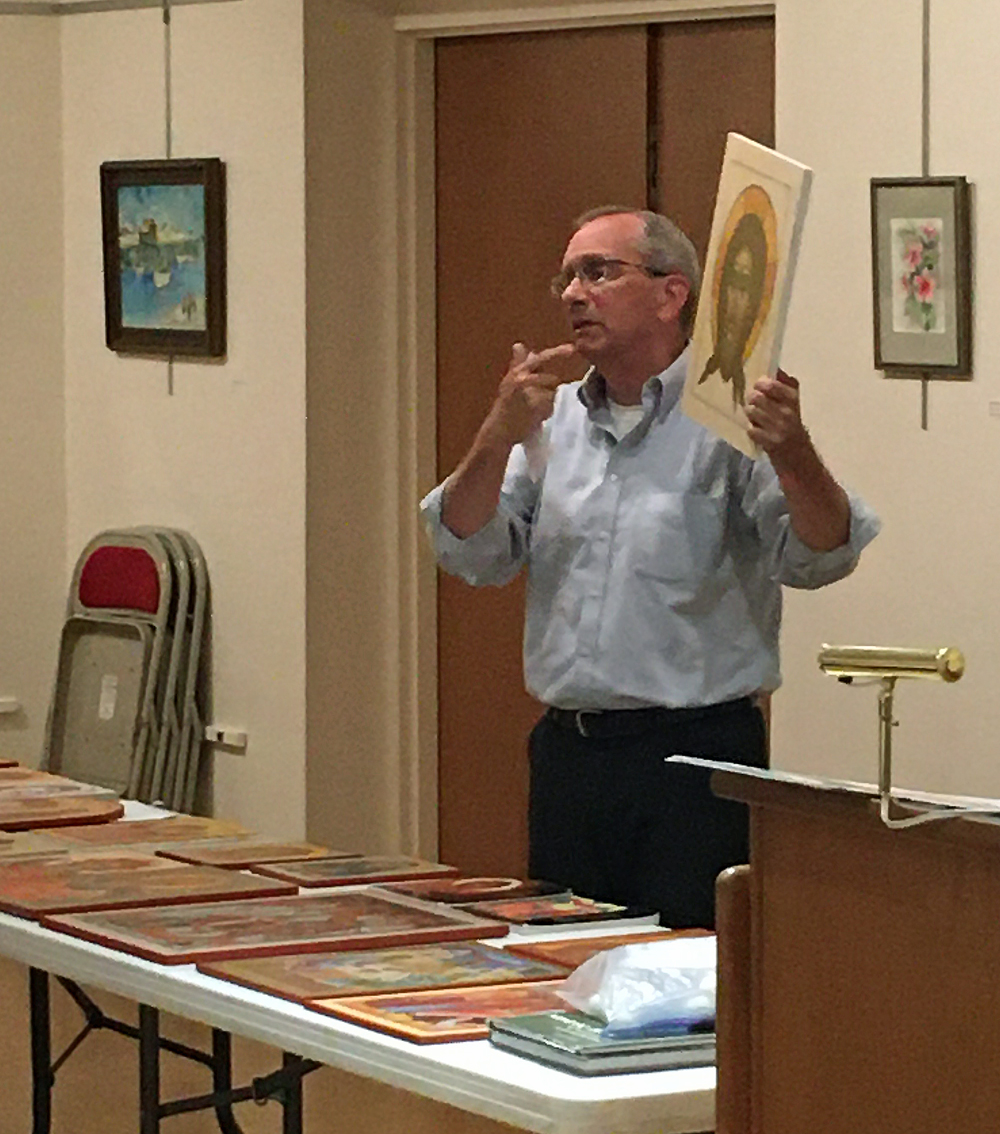 Peter Pearson is an iconographer who has produced religious icons for institutions all over the world. A native of Williamsport, he studied as a Benedictine Monk and was subsequently ordained as an Episcopalian Minister. He has a Ph.D and several book titles to his credit. He brought numerous examples of his work. Icons by his hand grace the walls of churches, monasteries, and retreat houses, mainly in North America but also world-wide.

“I saw an icon when I was twelve,” he said, “and became interested in it and have been pursuing iconography for 52 years.” He said his favorite subject is “the holy face… what the western Church would call Veronica’s Veil, the face of Christ. Although oftentimes my favorite image is whatever I’m working on at the moment. I frequently have five or six things going on simultaneously.”