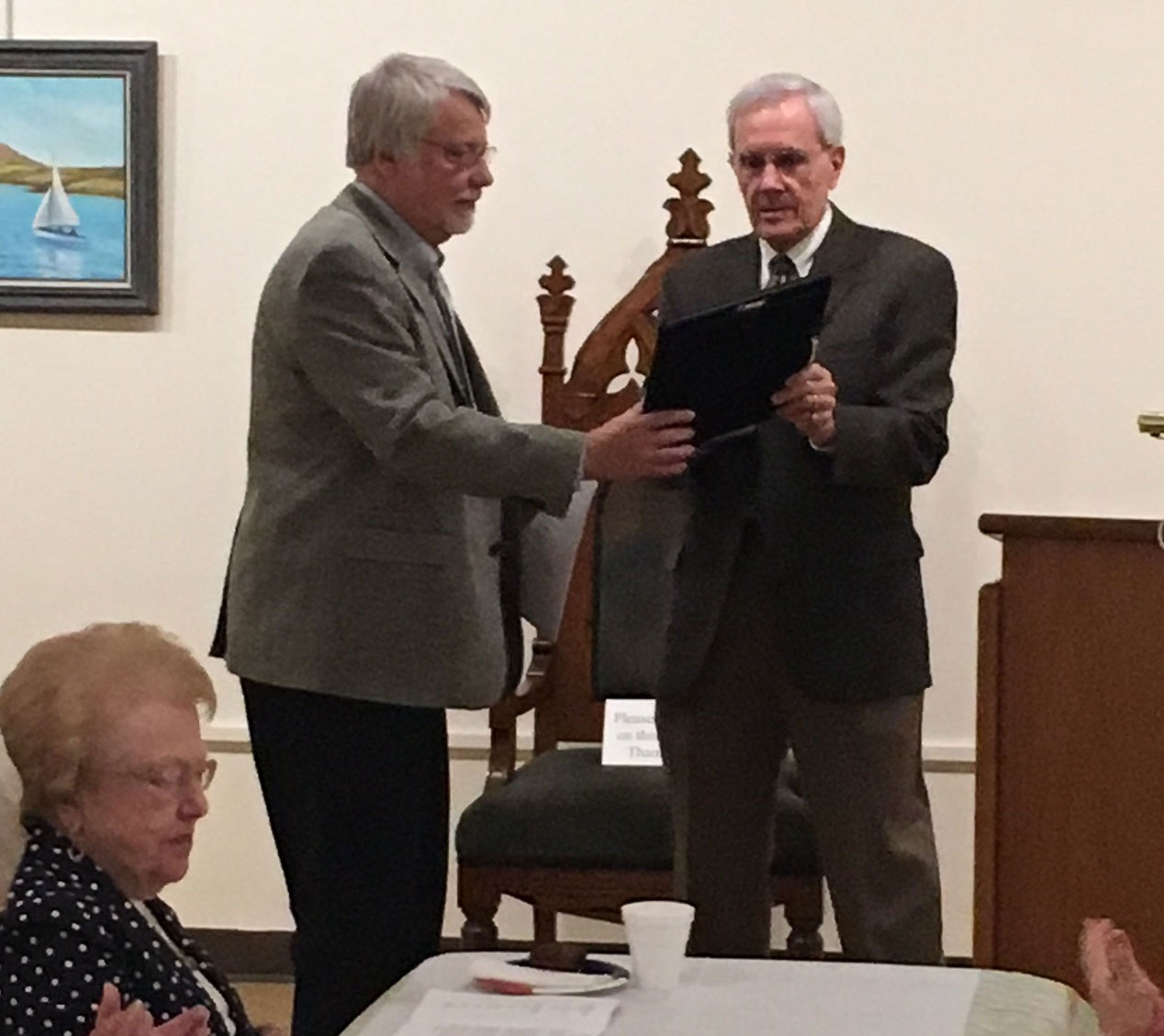 At the Annual Meeting held April 22, 2018, John Raymond was presented with the Volunteer of the Year Award by Board President Chuck Luppert.

John Raymond has been an active member, supporter and volunteer for LCHS for many years. Elected to the Historical Society’s Board of Governors in November of 2006, John continued to serve in that capacity until 2017. From 2013-2015 John held the office of Board President.

When first elected to the Board John expressed the following “I am very anxious and excited to begin my duties. I pledge to listen, learn, and work diligently to advance the mission of the Society during my tenure on the Board of Governors.” Doing just that, not only did John lead the Society as President, he served on the executive and education committees and chaired the fundraising committee. As Chairman of the fundraising committee, John instituted two major successful annual fundraisers… Bottles & Brews and CasinoEvil.

Although his term on the Board expired in 2017, John continued his involvement with LCHS by continuing to serve on the education committee and chairing the fundraising committee. Just recently he successfully coordinated the first “Quizzo At The Taber” which was a fun evening of trivia and raffles. And once again, John has accepted an invitation to join the LCHS Board and we are truly lucky to have him.

Outside of the Historical Society, John is also very active and involved in his community. He taught social studies at the Williamsport Area School District for 30 years until his retirement in 2007. He has been involved with Little League baseball, the Loyalsock bicentennial commission, the American Youth Soccer Organization, Odyssey of the Mind and serves on the Loyalsock Township School Board.

A Certificate of Appreciation was presented to John “HUZZAH” Raymond by President Chuck Luppert. Congratulations and a hearty thank you to John for his efforts.