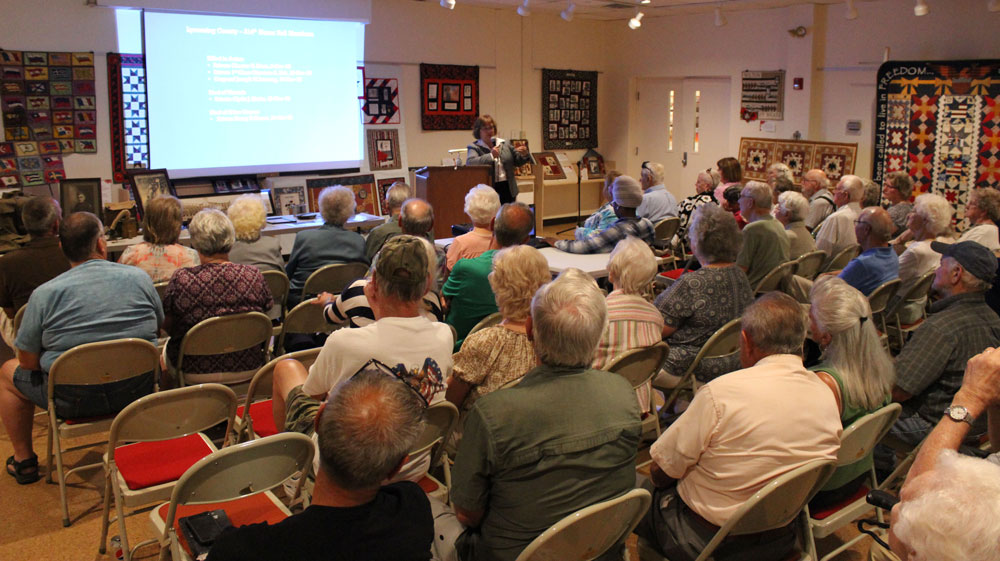 On Sunday, July 15th, the Taber Museum hosted, Nancy Schaff who recounted the history of the 314th Infantry, 79th Division which served as part of the American Expeditionary Forces during World War I.

Nancy D. Schaff is the President of the 314th Infantry Descendants & Friends and Commissioner of the Maryland World War I Centennial Commission. Her organization is the only remaining continuously meeting World War I unit organization in the United States, and possibly in the World.

The lecture was very well attended, with over 50 in the audience. What was most interesting about the audience, is that many who were present identified themselves as descendants of members of the 314th Infantry. A group photograph of the descendents was taken at the conclusion of the lecture. 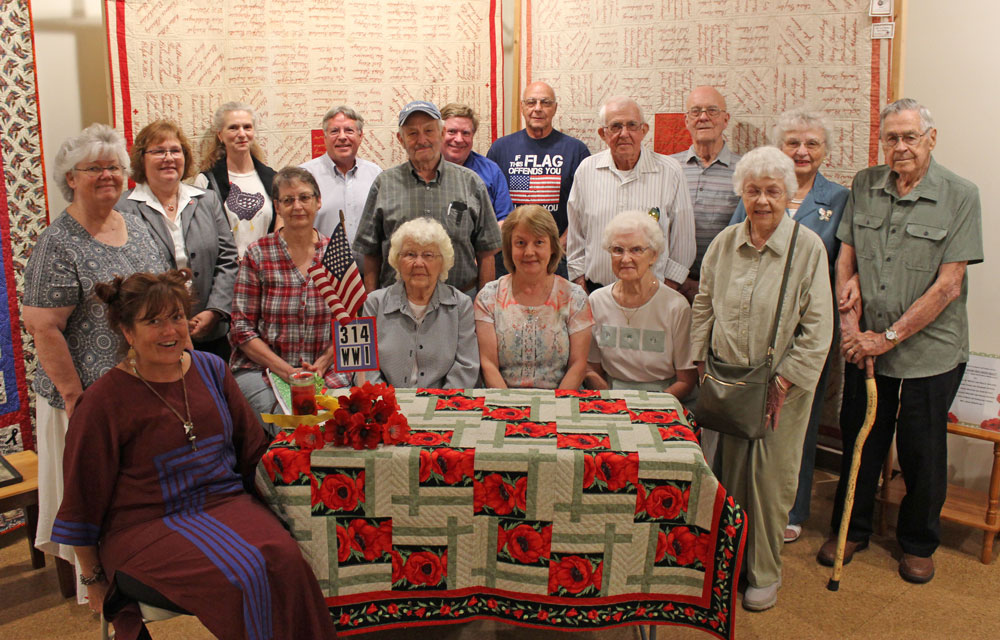 Nancy related a brief history of the unit. Most were drafted from Pennsylvania. Organized as part of the 79th Division A.E.F. the men of the 314th were trained at Camp Meade, Maryland. Arriving at the camp in September, 1917 the unit completed training and sailed to France aboard the USS Leviathan in July, 1918. Upon arrival at Brest, France they continued training until September when they took part in the Meuse Argonne Offensive. Capturing the town of Malancourt on September, 26 1918, they assisted the 313th Infantry the following day in the capture of the town of Montfaucon. It should be noted that Montfaucon was a heavily defended area and observation post of the German army. 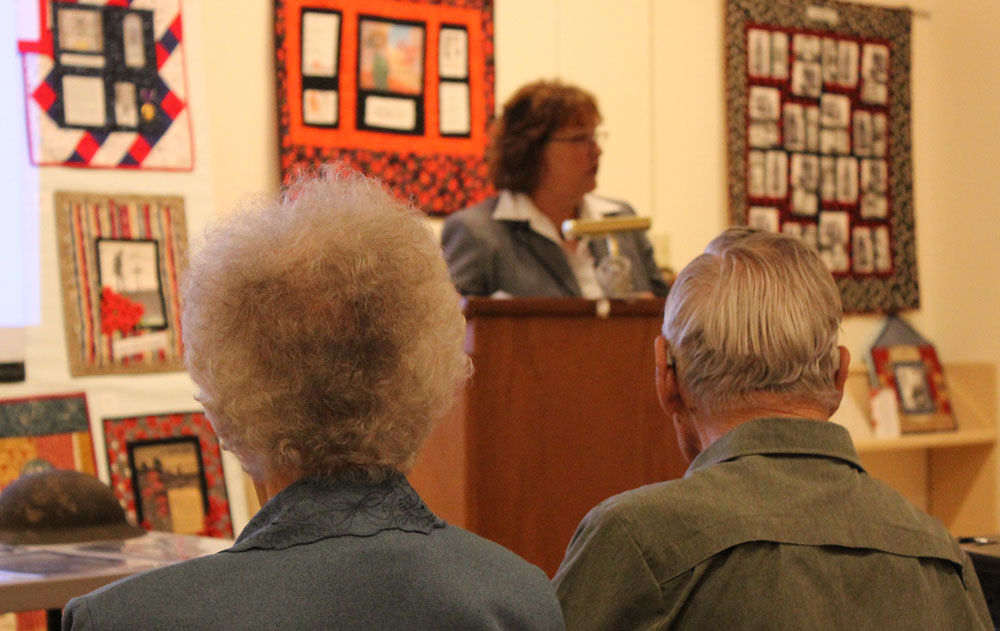 The 79th Division was relieved on September, 30th and transferred to the Troyon sector. Here they did a variety of tasks, including holding the front. Alternating duty with the 313th, 315th, and 316th Infantry in the trenches. In this period of so called rest, they were harassed with mustard gas, shelling and enemy raids but did not yield the line.

At the end of October the 79th Division was again relieved and moved in place to participate in the third phase of the Meuse Argonne Offensive. On November 1, 1918 the 314th drove forward and captured the towns of Crepion, Waville, and Moirey by November, 9th. The following day the unit captured Buisson Chaumont, Hill 328. On November 11th the 314th advanced against Cote de Romagne and stopped firing at 11am., time of the armistice. At wars end that day, the 314th had made the greatest drive of the offensive into German lines, east of the Meuse River.

The regiment continued training, passed a review by General Pershing, and shipped home on May 15, 1919 aboard the Princess Matokia. Arriving at Hoboken, New Jersey on May 26, they were discharged at Camp Dix, New Jersey end of May 1919. 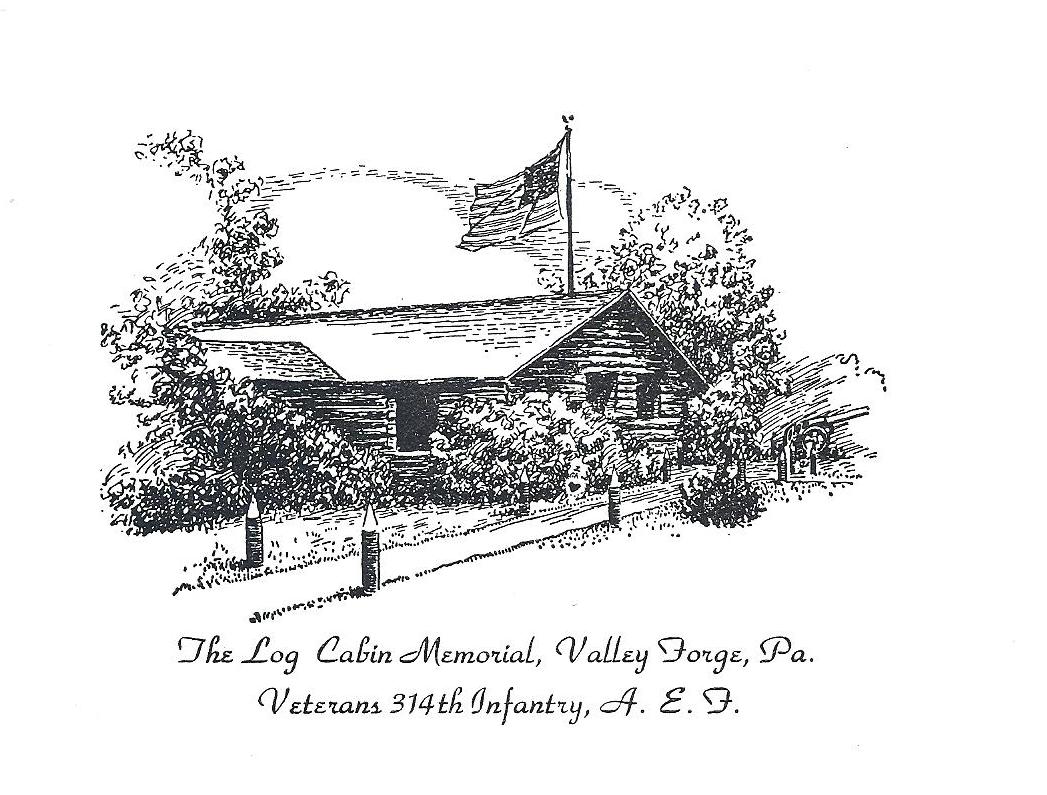 During the trip home, the members of the unit organized a fraternal group to retain their relationships, after returning to civilian life. The group gathered on a yearly basis, until the last of them died. Significantly, their descendants continued to meet, and to this day meet regularly to continue the memories of the group. Artifacts were retained and a log cabin, that had originally been built at Camp Meade during their training was moved to Gettysburg, to use as a gathering point and museum. In her presentation, Nancy described an ongoing saga concerning the future of the log cabin and the organization's keepsakes.

The presentation was well received, particularly by those who had relatives in the unit. The passionate efforts of Nancy Schaff to preserve this piece of history is extraordinary. 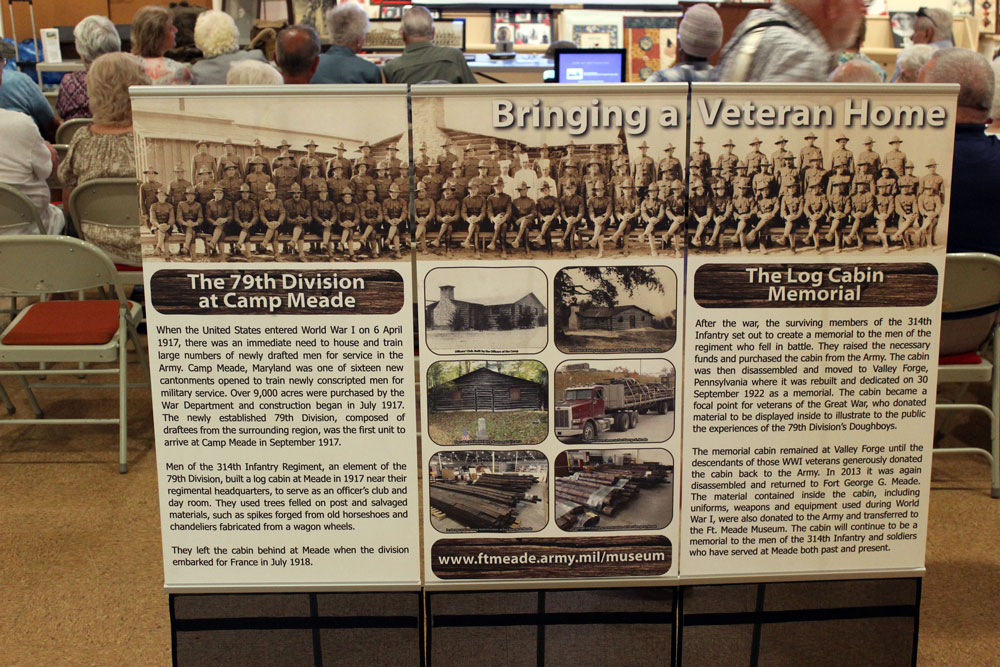 LCHS at the Lycoming County Fair

LCHS at the Fair: What Was that Mystery Artifact?
Quizzo at the Taber has October Return
2022 Student Historian Competition
Examining the World War I Era