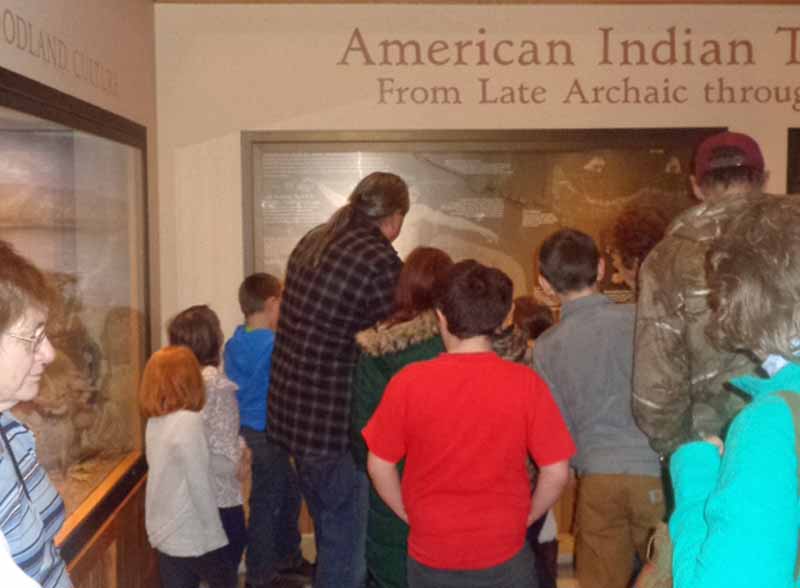 The workshop included a discussion of Native American culture, led by Tom “Tank” Baird, well-known for his great knowledge of the culture which existed in the area of present-day Lycoming County. Baird gave the children an overview of Native American culture utilizing our permanent galleries and the effigy which he has loaned the museum. He also displayed a number of tools used by the Susquehannocks. 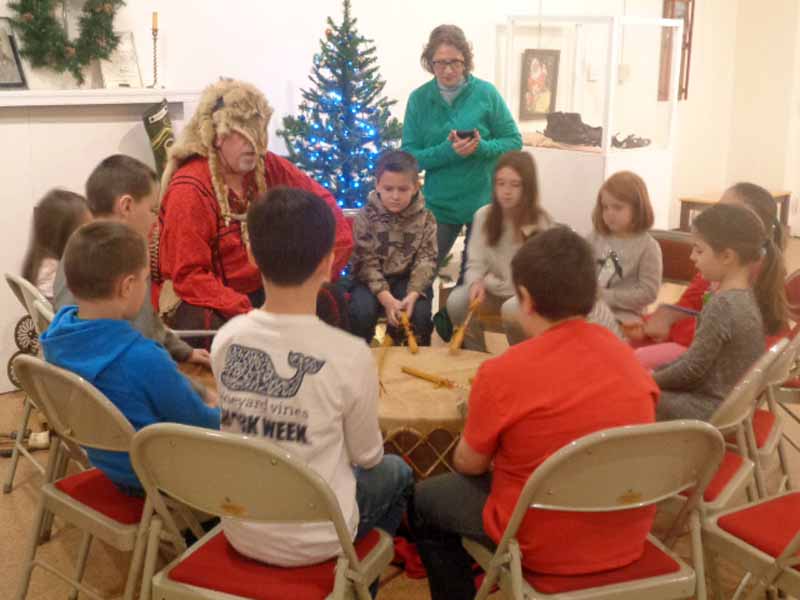 Dave Elmore was the second presenter- he instructed the kids in drumming. He fully engaged the children, wearing full regalia, including a coyote skin on his head. The coyote is named ‘Fred’. Pat Damaska conducted a workshop in which the participants made rainsticks, a souvenir of the day.

With a snack and a game of pick-up-sticks, the sixteen attendees seemed to have a good time. Participants were from Williamsport, Lewisburg, Northumberland, and Pittsburgh (they were visiting their grandmother for the holidays).

The Museum is grateful to the Free and Accepted Masons, Lodge #106, which has underwritten the children's workshops. The Workshops will continue, approximately once a month, and will explore various aspects of history and culture as related to Lycoming County. 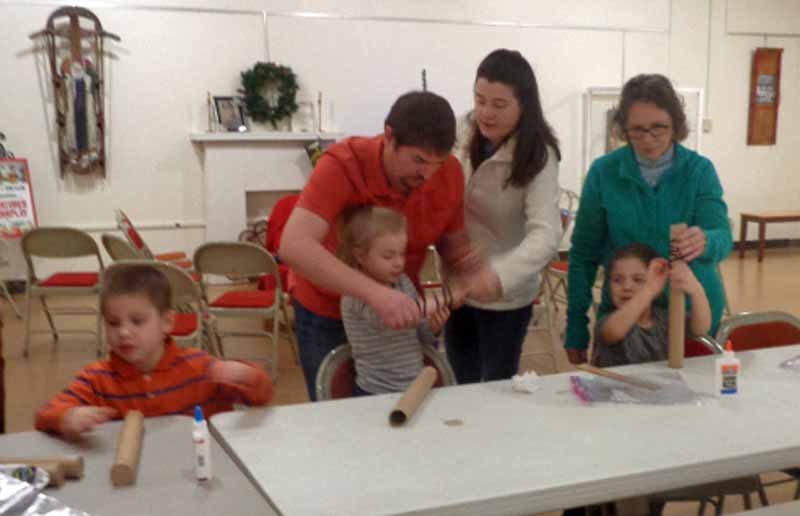