Volunteer of the Year 2016: Glenn Williams 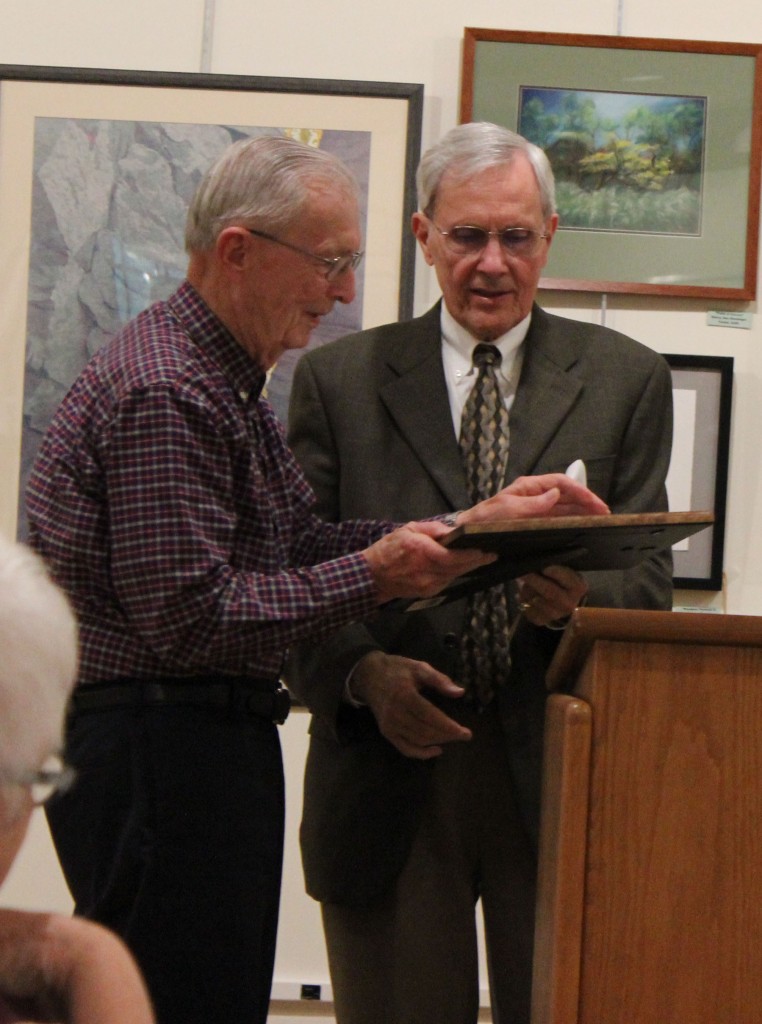 Each year the President of the Board of Governors recognizes one of the Taber Museum’s volunteers for the honor of “Volunteer of the Year.” Of course, the Museum and its activities would be lost without its dedicated and hard working volunteers.

This year’s winner of the President’s Volunteer award is Glenn Williams. He was recognized at the Lycoming County Historical Society’s 2016 annual meeting.

Born in Hughesville and spending his formative years in Williamsport, Glenn has spent the majority of his life in central Pennsylvania. During World War II, Glenn was offered a construction job. He soon had learned the art of surveying, assisting with engineering, highway and building construction. In January, he drove to Drexel University in
the middle of a snowstorm to qualify as a surveyor. He succeeded and was soon hired by the M.L. Smith Company, where he worked for fifteen years. The next fifteen years were spent in the employ of Buchart Horn in Lewisburg. 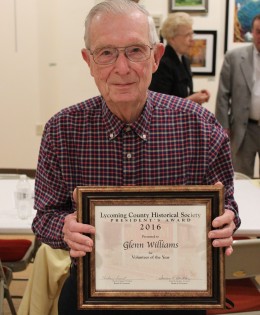 He continued to diversify and conducted aerial, geodetic and astronomical surveys and was instrumental in designing sewers, especially in the coal fields. He recalls going into the mines for this type of work and laying out the survey by ‘work[ing] with the ceiling’. He has worked at state hospitals, the airport in Northumberland, and highway interstate work. As well, he surveyed the grounds of the former community of Alvira which of course, by then, served as the base of the Federal Correctional Facility at Allenwood. His firsthand experiences involving Jimmy Hoffa are worth recounting!

Glenn began volunteering at the Historical Society when Sandy Rife was Director. He especially enjoys working with the children who attend our History Day Camp, but has also helped with yard sales we have held throughout the years. He is a regular attendee at the museum’s lecture series and often has experiences to relate to the archaeological societies, reminiscing about his days at Canfield Island and Jim Bressler.

He and his wife Mary Ann live in Williamsport. They have one son and two grandsons, who live in Lopez. Glenn currently serves as Chairman of the Planning Commission for Old Lycoming Township. In the past, he served on the Water and Sanitary Commission in Williamsport.