Repasz Band receives check from LCHS Board of Governors 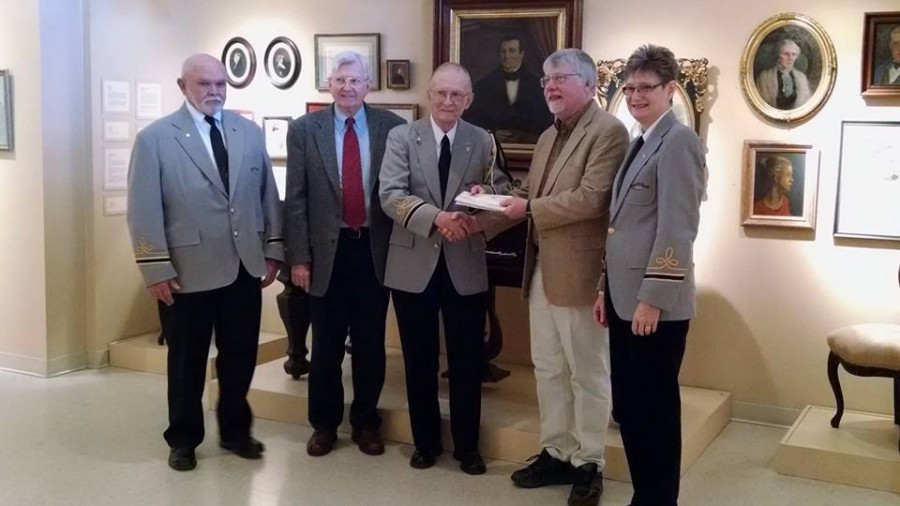 We are so proud of the Repasz Band, which has been honored by an invitation from the National Park Service to perform at the Appomattox Court House in April 2015, commemorating the 150th anniversary of the surrender of the Army of Northern Virginia, officially ending the Civil War.

The band is currently fund raising to cover the costs of transportation by bus, overnight accommodations and equipment transportation. Their campaign goal is $20,000.00. And thanks to the generosity of individual Board members of the Lycoming County Historical Society, that goal is a little closer to reality. A check for $1,000.00 was presented to Al Nacinovich and Nancy Eischeid by President of the Board of Governors John Raymond.

Contributing to the effort were Board members: Chuck Anderson, Susan Beidler, Gina Campana, Eiderson Dean, Randy DiPalo, Larry Fryda, Chuck Luppert, Edmund Metzger, Dewey Oakes, John Piper, Marc Pompeo, John Raymond, Carol Sones Shetler, and Nancy Stearns .An accompanying letter from President Raymond reads, “Although the Historical Society as an organization is not in a position to contribute to your fundraising efforts, individual members of our Board have donated moneys to help make your journey possible… with our best wishes for a safe, enjoyable and memorable experience in Virginia. Good luck- and, “HUZZAH!!!”