"Frederick Douglass: Interview from Slave to Master" Featured at the Taber 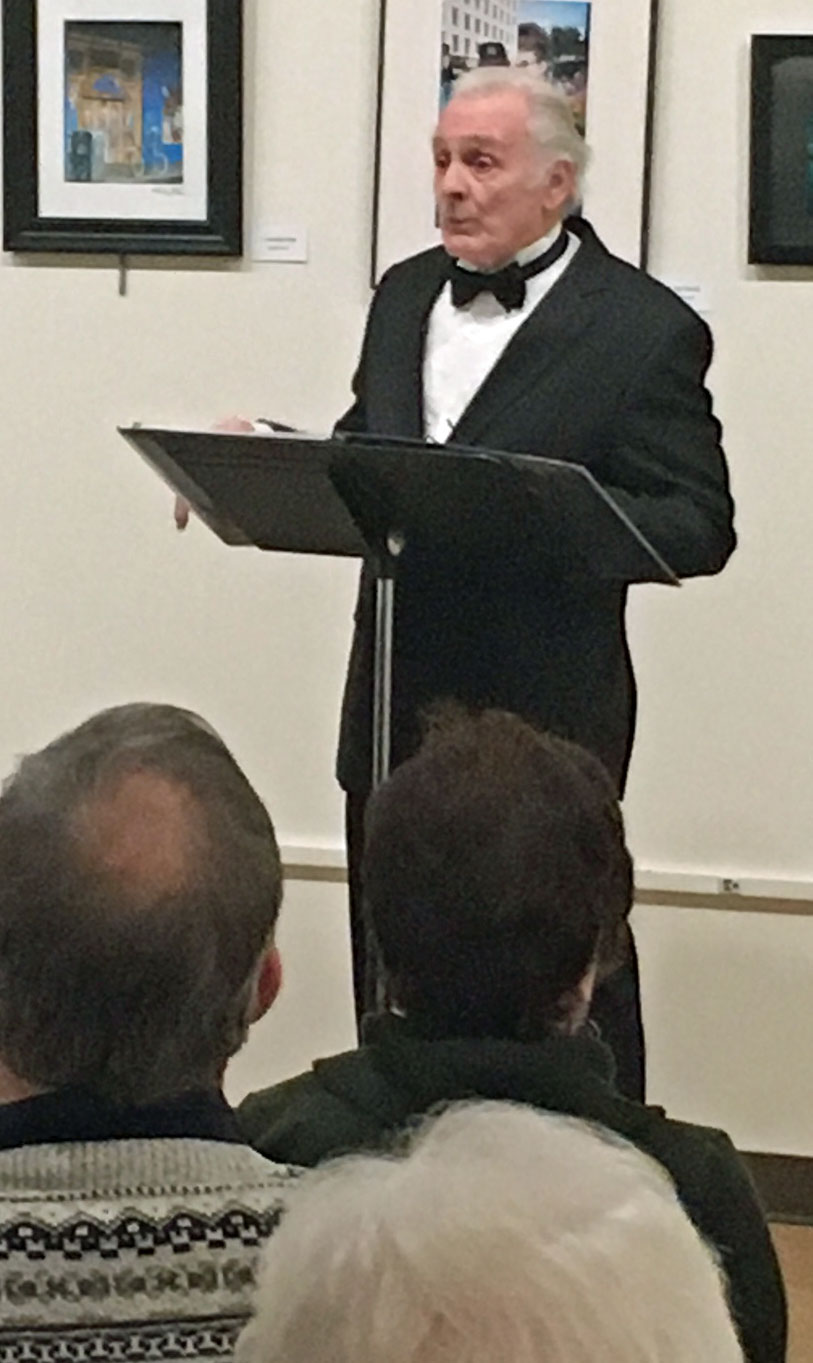 On Saturday, February 17, 2018 actor and playwright Robert Hughes performed a dramatic reading of a two-act play titled “Frederick Douglass: Interview from Slave to Master” at the Thomas T. Taber Museum of the Lycoming County Historical Society. The program was presented to celebrate Black History Month.

The play was set up as a question & answer presentation in which Bob Hughes read questions about Frederick Douglass and he then answered using Douglass’ own words from his many speeches. Frederick Douglass was born into slavery on the eastern shore of Maryland sometime in mid February 1818. He became known as a social reformer, abolitionist, orator, writer, and statesman. After escaping from slavery in Maryland, he became a national leader of the abolitionist movement in Massachusetts and New York, gaining note for his impressive oratory and antislavery writings. In 1847, he moved to Rochester, New York where he began publishing the anti-slavery newspaper The North Star. In his time, he was described by abolitionists as a living counter-example to slaveholders' arguments that slaves lacked the intellectual capacity to function as independent American citizens. Northerners at the time found it hard to believe that such a great orator had once been a slave. He died February 20, 1895 in Washington, D.C.

Robert Hughes is an actor, playwright and performer. He began his acting career with the Pulitzer Prize-winning playwright Jason Miller. Hughes ultimately portrayed the deeply troubled Miller in Tom Flannery’s Go Irish: The Purgatory Diaries of Jason Miller . He has also starred in Jason Miller’s Barrymore’s Ghost, written a play adaptation of Charles Dickens’ A Christmas Carol, researched and wrote John Mitchell: An American Hero (a founder of the modern day Labor Movement), and performed a one-man show A Miner’s Tale at the Taber Museum.