ADOPT AN ARTIFACT: Your Museum Needs You!

As trustees of your County’s heritage, we are entrusted with the care and well-being of the many artifacts housed in the museum. Whether on display or in storage, the items are carefully monitored according to temperature and humidity requirements as outlined by the American Alliance of Museums. Items in storage are housed in appropriate acid-free boxes when required or rest on shelves lined with chemically-inert padding. Sometimes, we accept items which are in less than ideal condition because of their relevance to the history of the County. And some of those objects need tender-loving care! And we need to turn to professional conservators to help us. 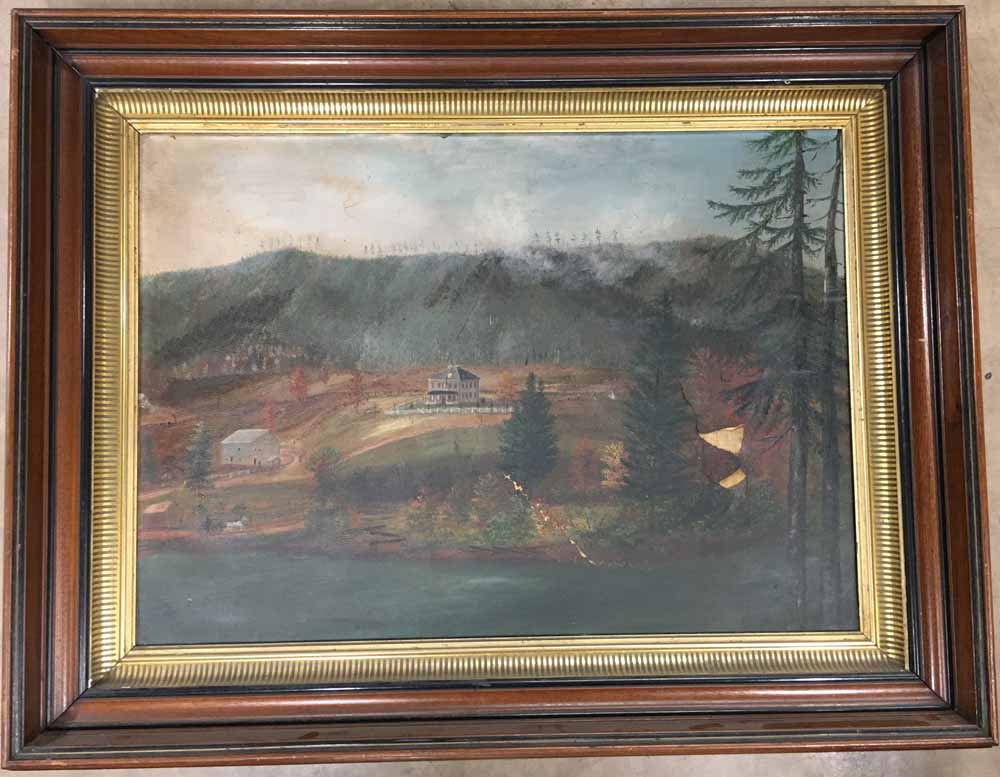 Here’s a case in point. In the Hanging Storage area of our three-dimensional storage area, we have a framed landscape. Right in the middle, there is a depiction of a very elaborate house with a widow’s walk being its most distinctive feature. It surely represents an actual home within the County. The canvas is extremely dirty, it has a puncture mark, and some of the paint has lifted off the canvas. If the painting was cleaned and conserved, we might be able to identify this building! Can you help? 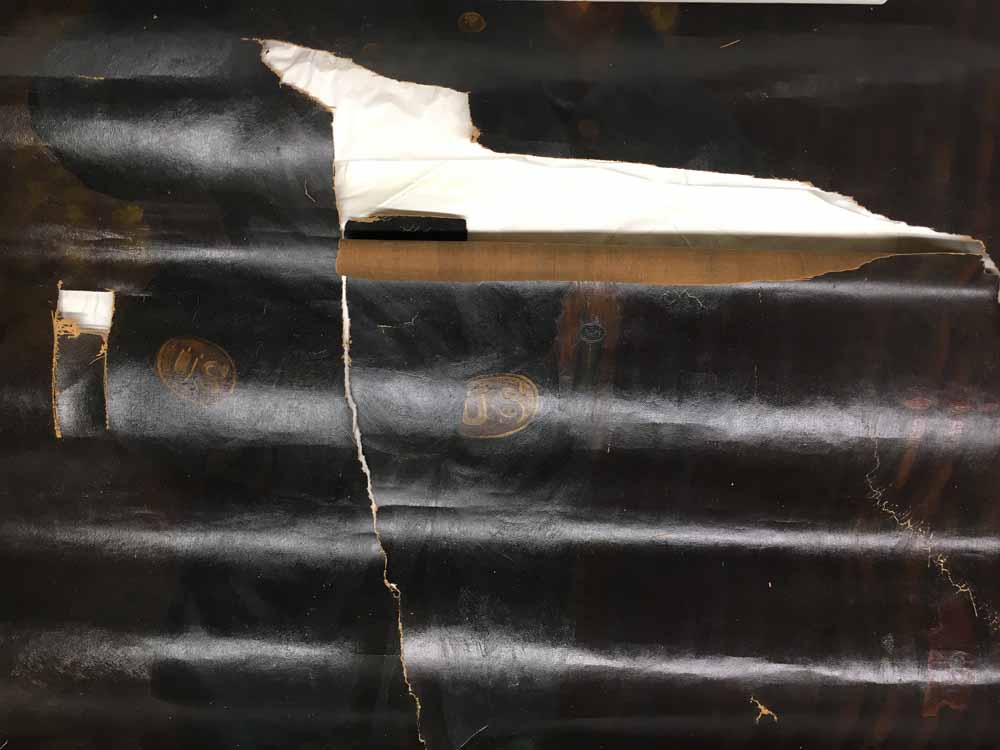 And a second appeal. The full-length portrait of George Ogg, a Civil War soldier. It apparently hung in a place of honor at the Reno Post, Williamsport’s chapter of the Grand Army of the Republic. During the history of the painting, it was removed from its stretcher and rolled. That action resulted in the lifting of large portions of the paint from the canvas. Wouldn’t it be wonderful to have this painting restored to its former dignity? A third appeal- a shadowbox of moths and butterflies which were collected in the 19th century. We are not even sure who would conserve the reattachment of wings to some of these rare specimens, but they were collected by a County native and it would be so educational to have these once again on display. 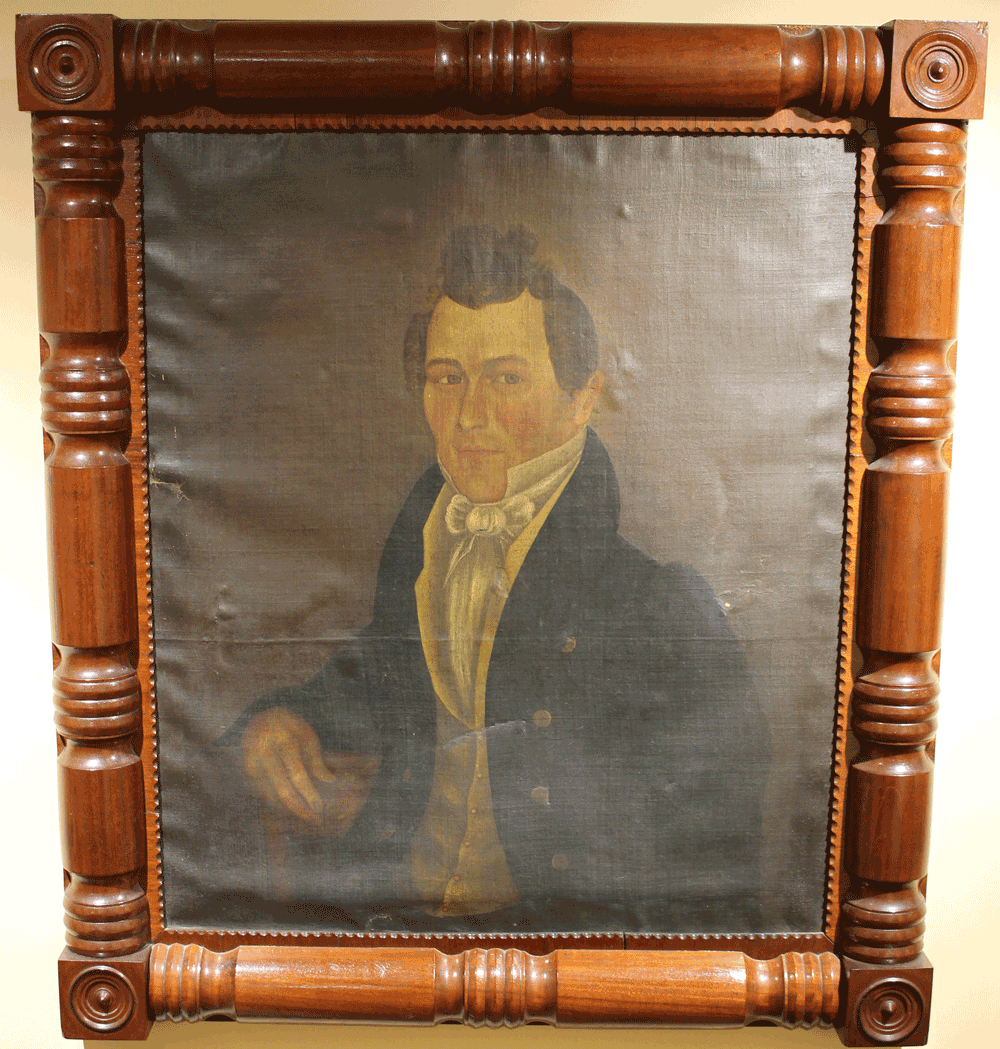 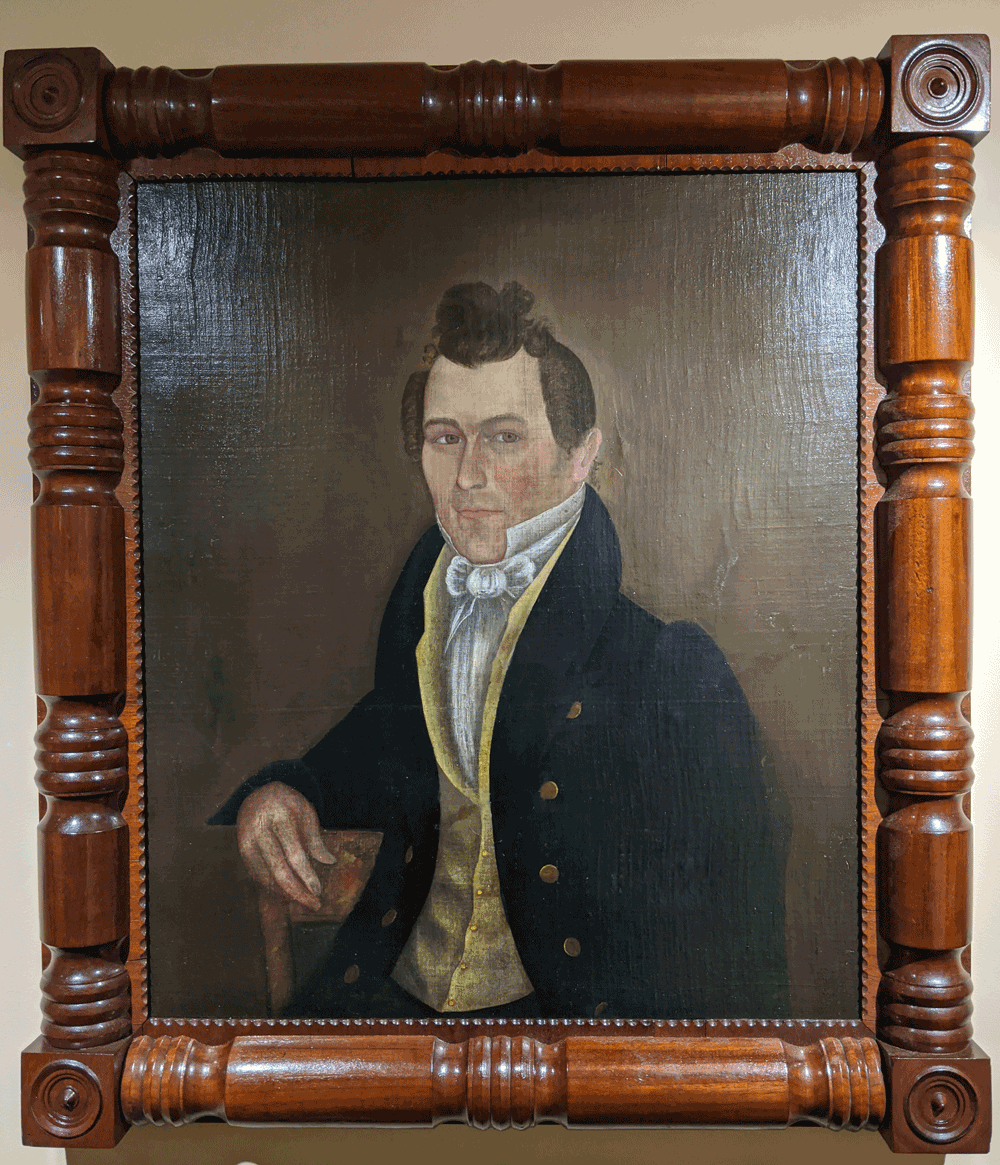 More than a year ago, we appealed to our membership to have the portrait of Mr. Charles Low cleaned and re-stretched onto the stretcher. Descendants of Mr. Low stepped forward and we gathered enough money to have the painting conserved. The canvas had decades of environmentally-introduced dust and dirt. The details that emerged include the cockade of hair that Mr. Low sported, his yellow vest, and the crestrail of the chair on which his arm is propped. He now resides in the Fine Arts Gallery as one of the early residents of the County.

If you have a particular interest in textiles, manuscripts, maps, or other areas of the decorative arts. we have an adoptable project! It might be an 18th century document in need of Scotch tape removal, repair of a tear, or deacidification. It might be an elaborate costume which needs repair to the hem or a ripped seam. A picture frame that needs regilding or ??? Give the Director Gary Parks a call at 570.326.3326. Thank you for considering our appeal!