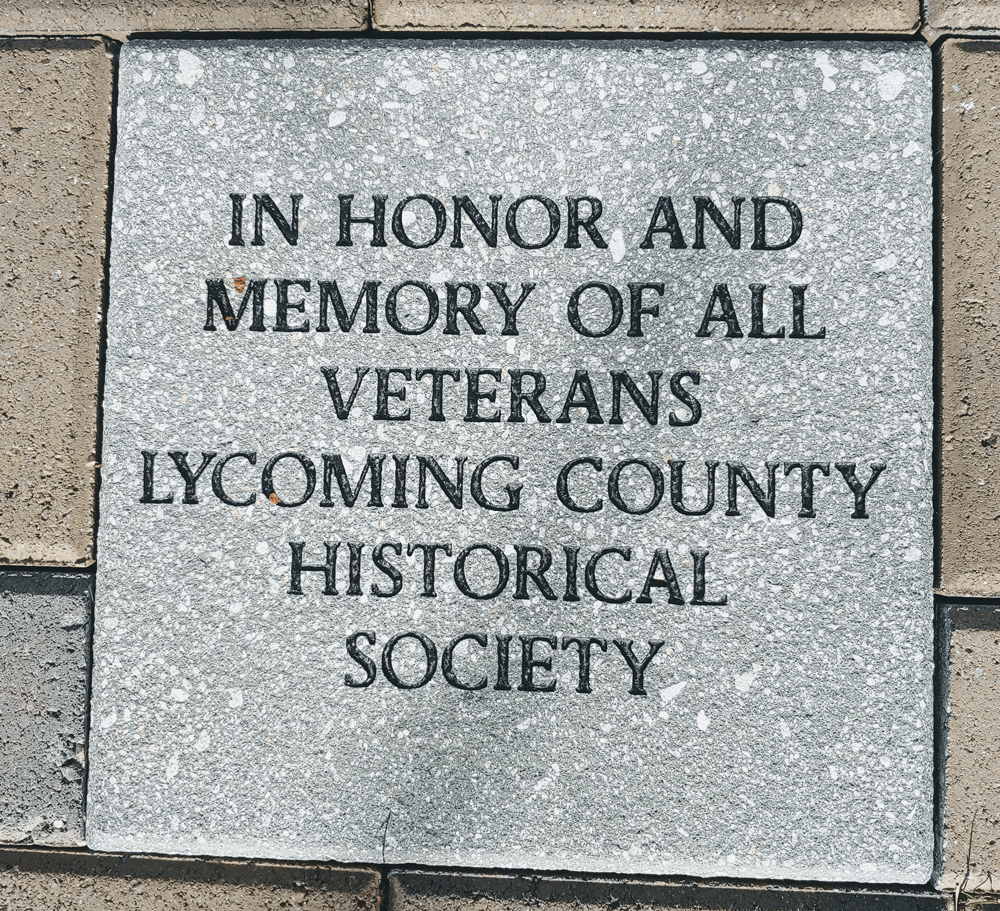 The Lycoming County Veterans Memorial Park is located at West Fourth Street & Wahoo Drive. The park was established as a tribute to our fallen soldiers. Eight monuments stand to honor those who made the ultimate sacrifice during each of the major wars in the 20th century and beyond.

A recent project has sought to expand the number of monuments. The cost of the monuments has been financed in part by the sale of bricks, that are then installed at the site.

Recently, members of the Board, and other friends of the Lycoming County Historical Society, donated a brick in the name of the Society to support the park. The brick has now been installed.

Recognition of the sacrifices of Lycoming County veterans and war dead is an important reminder to all of us of the cost of our freedom and security.

Ghost Tales and Trick-or-Treating at the Taber