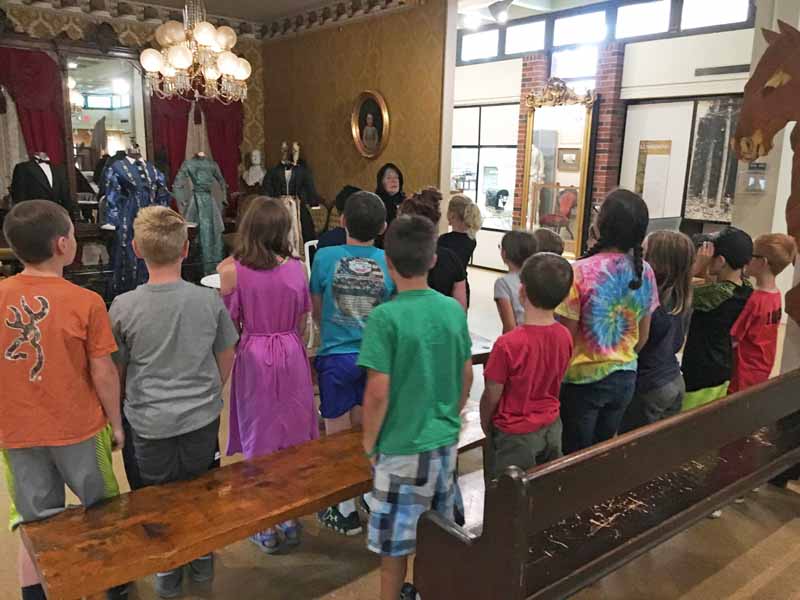 History Day Camp took place July 30-August 3 and explored the exciting nineteenth century, much of it known as the ‘Victorian Period.’ Elizabeth Osborn, a student at High Point (N.C.) University served as the Day Camp Coordinator, but the three other summer interns, Jauzzle (Jazz) France, Emily Hemphill, and Marty Weaver, pitched in and helped with the Day Campers. Emily’s younger sister Alayna Hemphill also helped as well as veterans of the Day Camp Pat Damaska, Glenn Williams, and Ashley Rall.

On Monday, the children were introduced to the 19th century, the Victorian period, and the Civil War by viewing our Victorian parlor and the G.A.R. Reno Post room. They then had an audience with the Queen - Queen Victoria as portrayed by Meg Geffken. The campers were provided with a lesson in etiquette by native Britisher Kim Singer and then treated to high tea as served by Carol Shetler and Ann McMahon. Tuesday witnessed an exploration of medicine and nursing as presented by Linda Estupinan-Snook, a talk on the work of Provost Marshall Smith as portrayed by Norman Ludwig and an eyewitness account of Gettysburg by Tillie Pierce (Carolyn Ludwig). Crafts were a highlight of several of the late mornings each day when the history students made soap, seashell covered boxes/picture frames, and tee shirts emblazoned with their own personal symbols.

Wednesday witnessed the ‘green recruits’ being drilled by Civil War soldier Wayne Sager. And they were green, but now know their hayfoot from their strawfoot. They tasted delicious hard tack and learned more about the everyday life of the soldier during the Civil War.

Thursday was a return to the life of the millionaire as the children took a tour of the Rowley House, conducted by Bill Hoffman and Oscar Knade. As well, Mrs. Encie Herdic (Susan Kelly) told them of her life and that of her well-known husband Peter Herdic.

On Friday, Spencer Sweeting presented a compelling look at the work of the Underground Railroad, transporting slaves to freedom. He was followed by ‘Mr. Baseball’ Lou Hunsinger, Jr., who presented a history of the sport and never flinched once as the children asked lots of questions.

We are so thankful to the presenters and volunteers, as well as to those who provided scholarships! It was a wonderful week - the museum was charged with the children’s energy!

Here are pictures of some of the fun activities: 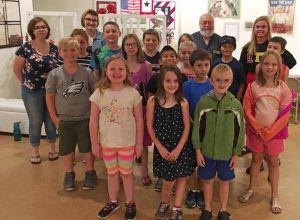 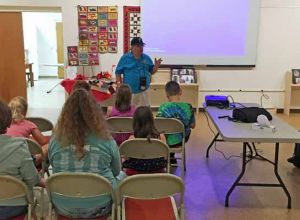 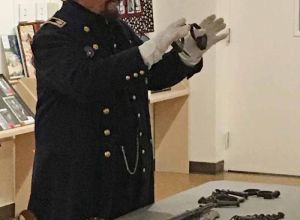 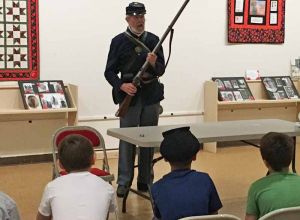 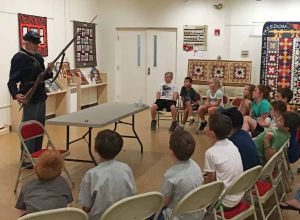 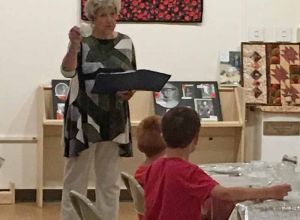 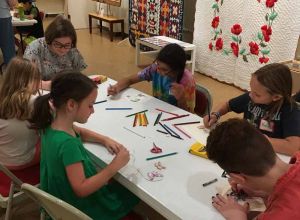 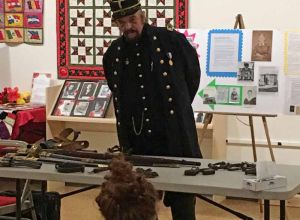 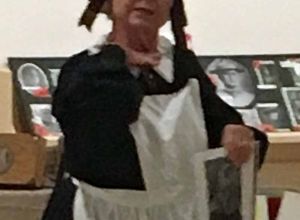 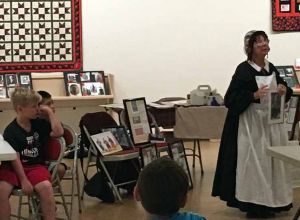 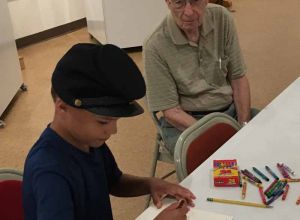 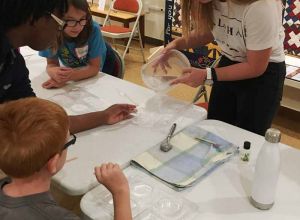 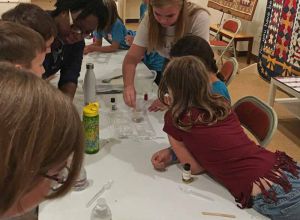 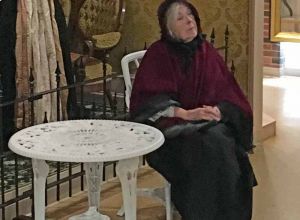 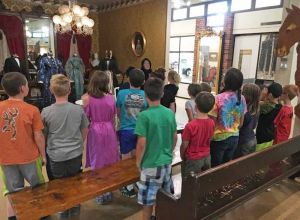 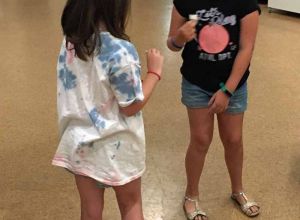 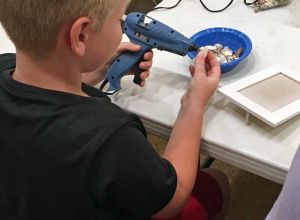 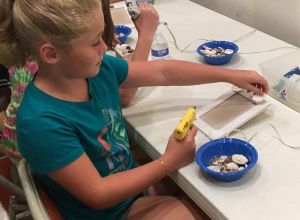 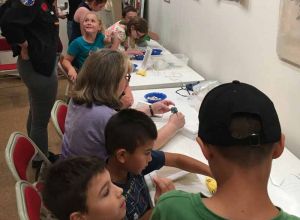 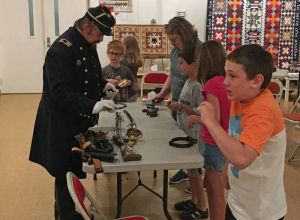 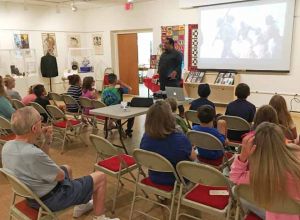 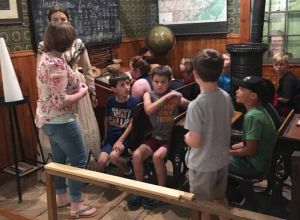 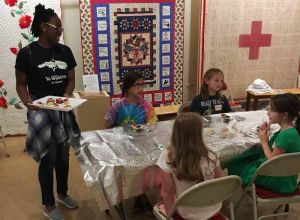 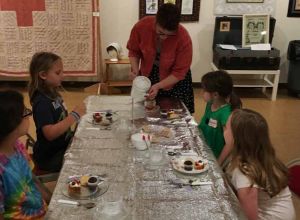 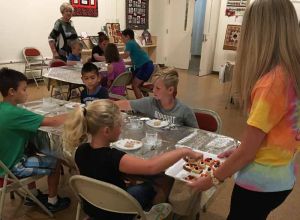 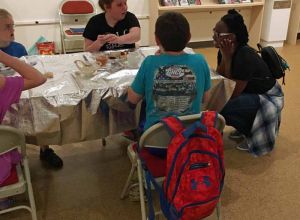 LCHS at the Lycoming County Fair