Examining the World War I Era

The theme of the 2018 Taber Museum Lecture Series will focus on the era of World War I, as the 100th anniversary of the end of the war approaches.Traditionally, Armistice Day (now more commonly referred to as Veterans Day) is recognized on 11 November. In 1918, the armistice was signed between the Allies of World War I and Germany at Compiègne, France, for the cessation of hostilities on the Western Front of World War I. It took effect at eleven o’clock in the morning—the “eleventh hour of the eleventh day of the eleventh month”. 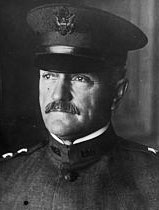 Among the invited guests are David Shuey who portrays Commander of the American Expeditionary Forces General ‘Black Jack’ Pershing. He will be appearing on Sunday, June 17 (Father’s Day).

The Historical Society is fortunate to have received the financial backing by a number of VFW Posts and American Legions throughout the County. The Edward J. Smith Post, located in Muncy, has been extremely generous in sponsoring several lectures. The Post is named for Corporal Edward Jackson Smith who was a member of the 56th Pioneer Infantry Regiment. Born in Lairdsville in 1894, he was the son of Andrew Jackson Smith and his wife Elizabeth Opp Smith. Unfortunately, Corporal Smith was killed on October 31, 1918 and is buried in the St. Mihiel American Cemetery, Thiaucourt, Meurthe-et-Moselle, France.

The Garrett Cochran American Legion Post, Williamsport was the first American Legion established in Pennsylvania. According to the Legion’s website, “ The Legion was founded on March 15, 1919, during a caucus convened in Paris, France, by Lt. Col. Theodore Roosevelt, son of President Teddy Roosevelt. One of the colonel’s friends with whom he talked about his plans was Carl A. Schug, later a district attorney of Lycoming County. Mr. Schug was enthusiastic about the idea of a veteran’s organization and, although hospitalized in France, backed it strongly… They faced the problem of Philadelphia and Pittsburgh vying for Post No. 1. At this point Mr. Spangle suggested the honor of the first unit be given to ‘a Central Pennsylvania city’ with Nos. 2 and 3 going to the metropolitan cities… His idea was endorsed with the result that Williamsport became the home of Pennsylvania’s first American Legion Post; Mr. Schug was chosen first commander; Mr. Spangle, the first adjutant; with Mr. Houck and Carl W. Herdic being prominent in organizational efforts. ” 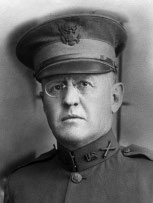 It was named in honor of Garrett Cochran. Garrett Cochran (August 26, 1876 – July 8, 1918) was an American football player and coach. He played college football at Princeton University from 1894 to 1897 at the end position, and was twice named to the College Football All-American Team. Cochran served as the head football coach at the University of California, Berkeley (1898–1899), the United States Naval Academy (1900) and Princeton University (1902), compiling a career head coaching record of 29–5–3. In 1971, Cochran was posthumously inducted into the College Football Hall of Fame. During World War I, Cochran enlisted in the United States Army and served in France as a lieutenant in the field artillery. He developed pneumonia and died on a ship returning to the United States on July 8, 1918. 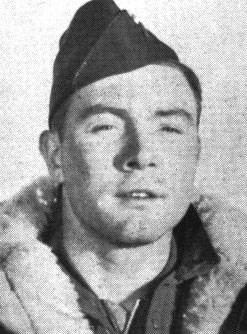 We are extremely grateful to the Leroy O. Buck Post, Michael Seitzer, Quartermaster, for contributing to our Annual Support Campaign. Leroy O. Buck was a local hero from World War II. Born on January 27, 1920 and raised in Duboistown, Leroy was the son of garage repairman George Buck and his wife Dorothy (nee King). Achieving the rank of Second Lieutenant in the U.S. Army Air Forces, he was attached to the 780th Bomber Squadron, 465th Bomber Group. He received an air medal with two oak leaf clusters before missing in action, and presumed dead, on 24 August 1944. His name appears on the tablets of the missing at Sicily- Rome American Cemetery in Nettuno, Italy. There is also a stone in his memory in the Elimsport Cemetery.

In addition to the funding by the American Legion and VFW Posts, we await word if we have received grant money from the Woodcock Foundation for the Appreciation of the Arts. The Foundation has funded past lecture series at the museum.

And The Ribbon Goes To…