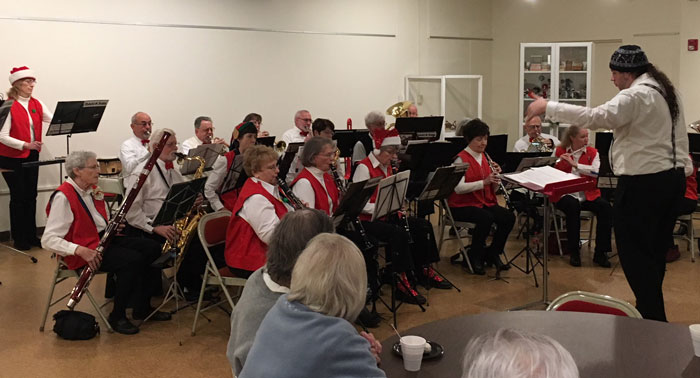 The Lycoming County Historical Society concluded its 2017 Lecture Series on Thursday, December 14, at a Coffee Hour held in the Community Room of its Taber Museum with a performance by the New Horizons (the Encores). 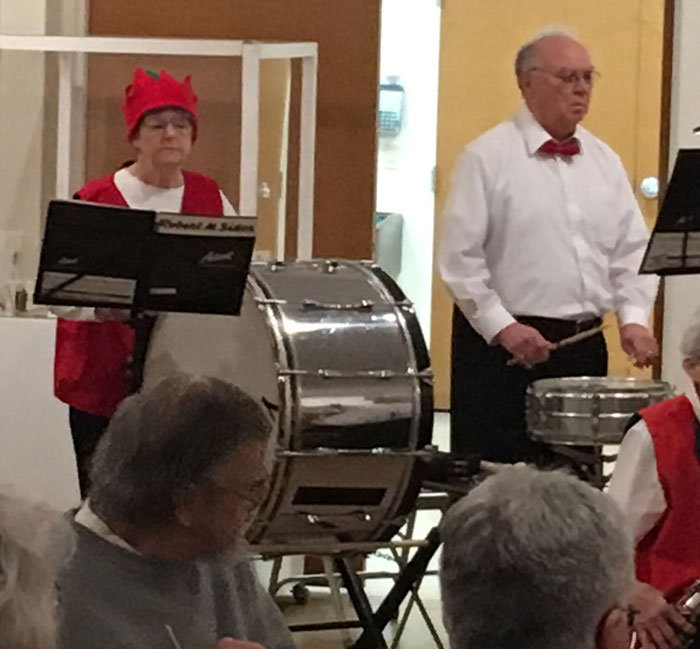 Comprised of senior members of the community, the group performed band repertoire, including a number of holiday songs with opportunity for some singing along!

Started by Carol Sides and Albert Nacinovich, the band is also directed by Lucy Henry, Judy Shellenberger and Theo Lentz. The goal of the New Horizon’s group is to create a comfortable re-entry point for adults who played music in school and would like to resume playing. The band is open for anyone over 50 years of age wanting to learn to play an instrument, relearn to play or play something different from what they already play. The Encores are the local answer to the nationwide New Horizons.

The concert was well attended and the group was very entertaining. Here is a sample: