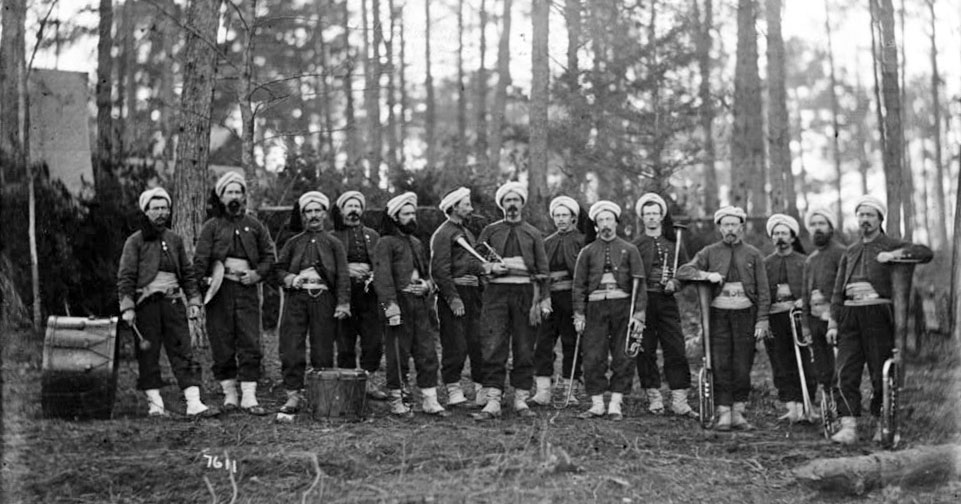 The Thomas T. Taber Museum of the Lycoming County Historical Society hosted Barry Stocker, on November 10, 2016 as part of its Lecture Series. The lecture focused on Pennsylvania Volunteer Infantry Bands in the Civil War.

The talk covered Military Bands for the full period of the war. Stocker spoke about all the various general orders that governed the units as well as facts about the individual participants and how the war affected them and their units. He had lots of hand outs as well as a few tunes that were performed during the time in service.

Until recently, Stocker of Klingerstown, Schuylkill County, Pennsylvania, served as President of the Repasz Band. He is a Civil War historian and re-enactor and is presently researching the Repasz family and all Pennsylvanians who served in regimental bands. Barry is also a member of the Repasz Band, playing the bassoon. He was instrumental in securing an invitation for the Repasz band to play at the ceremony commemorating the 150th anniversary of the surrender at Appomattox.

The Coffee Hour continued the Lecture Series of 2016 which explores the musical heritage of Lycoming County and central Pennsylvania. The Lecture Series is underwritten with generous contributions from the Woodcock Foundation for the Appreciation of the Arts and Hudock Capital.