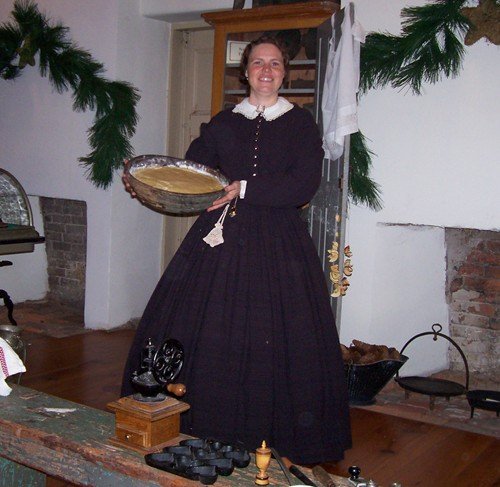 The Thomas T. Taber Museum of the Lycoming County Historical Society’s first Coffee Hour for the 2013 season was Heather Hibbs, who addressed the tasks vital to the well-being of a nineteenth century family- that of cooking, baking, and canning.

Heather Hibbs is the owner of Treadle Treasures of Middleburg. She specializes in the reproduction of Civil War era clothing for reenactors and Civil War enthusiasts. The clothing is sewn on antique treadle sewing machines. Her sewing skills have been utilized by the National Constitution Center in Philadelphia, Colonial Williamsburg, universities, theatres, and several movie companies. Her talks revolve around the role of women during the 19th century- as school teachers, homemakers, nurses, cooks, and occasionally, as ‘soldiers [or] spies.’

The lecture kicked off a combined series of activities, which focused on ‘Eating and Drinking’.