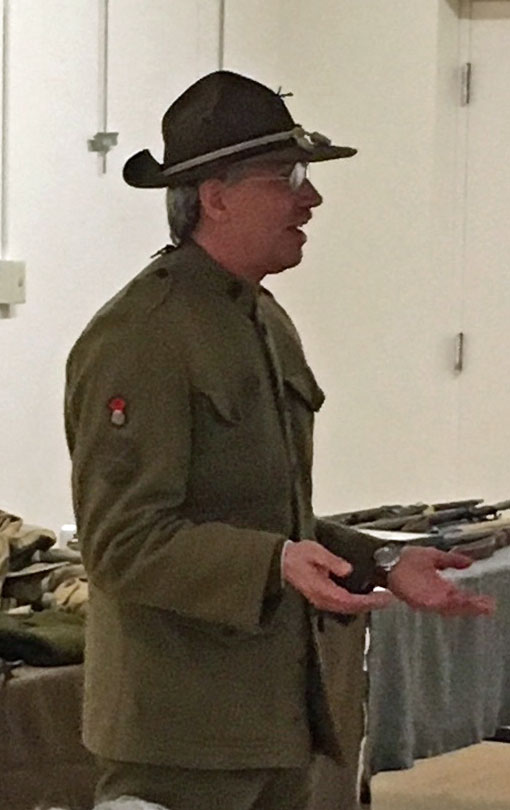 The Thomas T. Taber Museum of the Lycoming County Historical Society hosted a World War I ‘doughboy’ on Thursday, March 8, 2018 as the initial offering of its 2018 Lecture Series. The ‘doughboy’ was portrayed by reenactor Mike Munford. Munford focused on the life of a ‘doughboy’ with his authentic uniform and kit.

Mike Munford, a history teacher at North Penn-Liberty Junior Senior High School, has a passion for American military history. He has reenacted both World Wars over the past thirty-five years. Munford is a member of The Great War Association that holds bi-annual reenactments in Newville, PA. These events recreate the setting and combat of the western front of World War One. The setting includes shell holes, trenches, bunkers, and barbed wire entanglements. He is also a member of the Company of Military Historians. 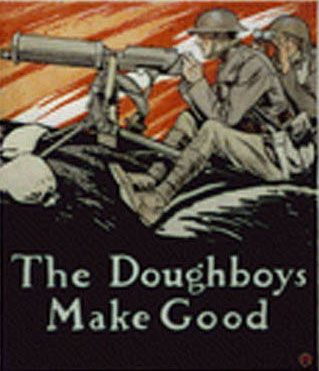 His goal in teaching, studying, and reenacting our history is to bring the knowledge and hands-on experience of history to his students. Another aspect of his passion is the preservation of past artifacts from the 20th Century conflicts, believing that future generations need to be able to see and understand our past. Munford also enjoys sitting down with veterans and getting their stories recorded for future military historians.

During 2018, fourteen lectures at the Taber will focus in on the era of World War I as the 100th anniversary of the end of the war approaches. Traditionally, Armistice Day (now more commonly referred to as Veteran’s Day) is recognized on 11 November. In 1918. the armistice was signed between the Allies of World War I and Germany at Compiègne, France, for the cessation of hostilities on the Western Front of World War I, It took effect at eleven o'clock in the morning—the "eleventh hour of the eleventh day of the eleventh month”. 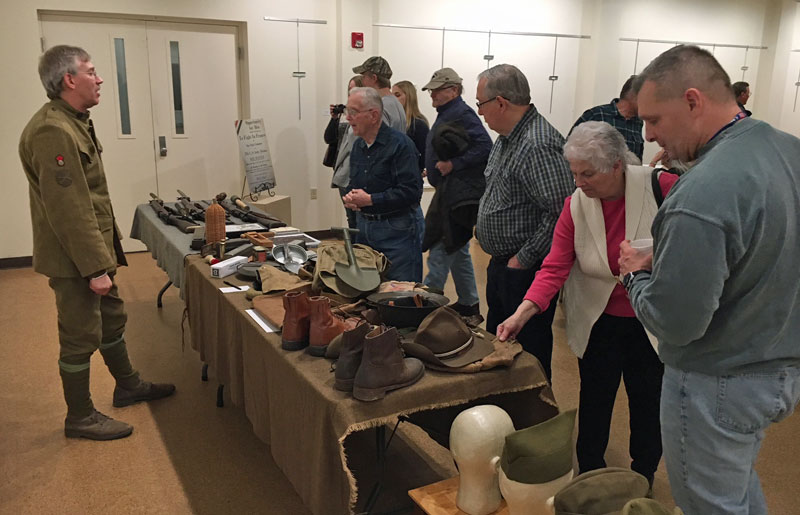 Quizzo Debuts at the Taber

Student Interns Join Us at the Taber