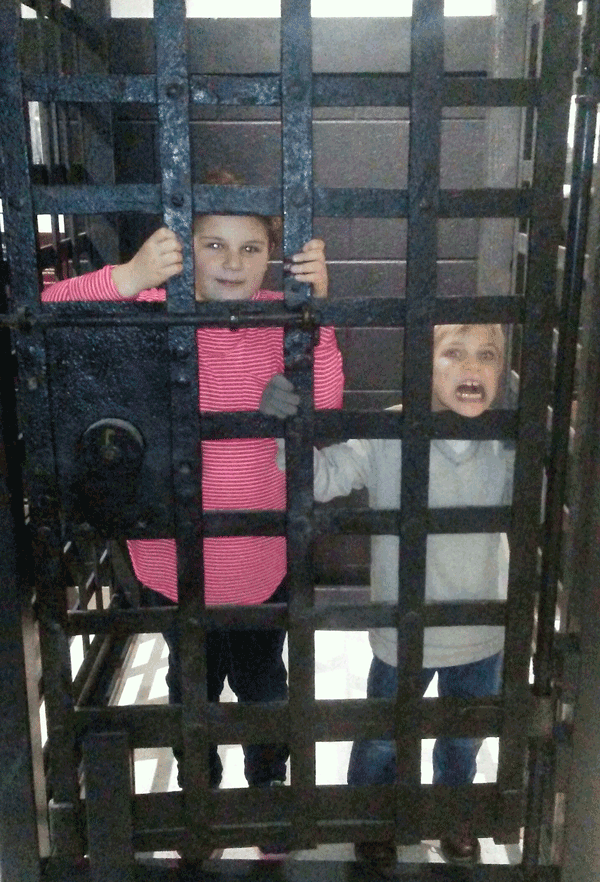 Among the improvements we have made to the museum is the addition of a cell in the Twentieth Century Room. The cell is complete with the original jail cell door from the second Lycoming County Courthouse.

The backdrop of this cell is a picture of William Hummel as he awaits his execution for the murder of his family. He was hanged on June 5, 1900, one of the last hangings in Lycoming County. Now you can join him in his cell, and take a photograph of yourself behind bars. Share it on Facebook!

Our esteemed colleague Todd Werner ‘executed’ the design and in cleaning up and packing up his tools, he unfortunately, left his children, Avery and Benjamin, behind. Oh, Todd… it’s not a pick up window…

As One Chapter Closes, A New Chapter (and Exhibit) Emerge…

Love is in the Air at the Taber Museum
Low Portrait Restored with Funds From Generous Donors
2019 Holiday Exhibit: When the Circus Comes to Town