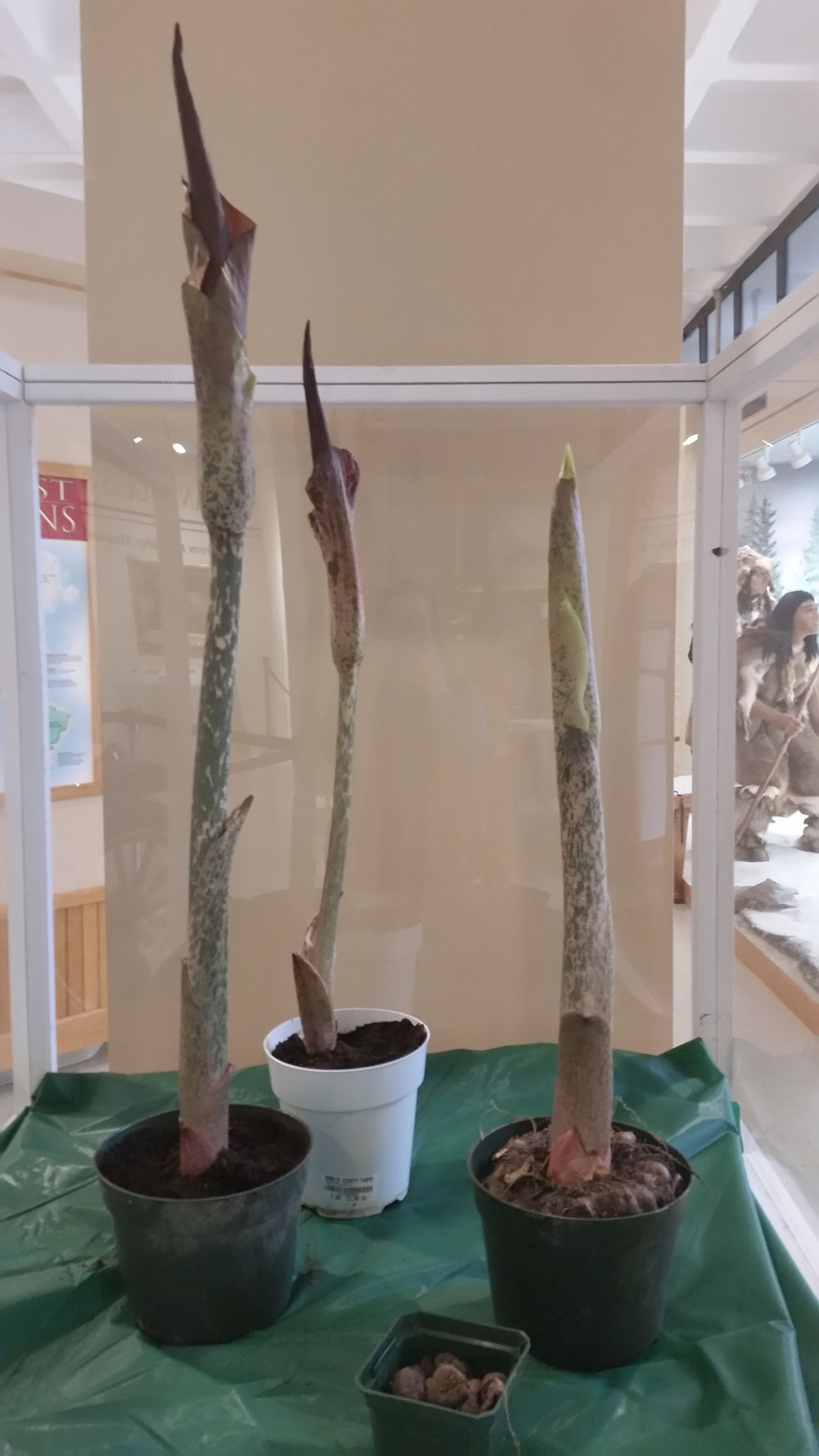 With its usual display of model trains, Native American artifacts, and materials relating to the logging boom of the 19th century, the Taber Museum is offering a unique display for the connoisseur of smell- the Voodoo Lily.

Many of our members and the community at large may remember the sensation caused when we placed the rare Voodoo Lily (botanical name: Amorphophallus konjac), commonly referred to as a ‘stinky plant’, on display in March 2014. As it bloomed, the fragrance of UGH!, rotting flesh permeated the Fine Arts Gallery. Now we have two plants for your viewing (and smelling) pleasure! They promise to be bigger and stinkier than ever. This is yet another ‘wave of odor’, the first being a week ago when Board President Gary Weber (as a proud parent) brought in his plants.

The plants are native to Asia and cannot be found in too many nurseries or garden catalogues. Also known as the devil’s tongue, elephant-foot yam, konjac, or koonyaku, the Voodoo Lily

produces a single flower in the late winter or early spring. The plant produces a large, brownish- or maroon-colored spathe, which can be as large as 3 feet in diameter, surrounding a purple or mottled floral spike. The odor that the plant produces attracts carrion flies and pollination ensues.

In Japan, the tubers are edible and are often processed into a tasteless flour or a jelly. Konjac flour is used to make shirataki noodles and the plant’s starch is used to make a fruit jelly snack. After the bloom, the tuber leafs out and produces large, pretty foliage suitable for an outdoor patio during seasonable months.

The plants are the ‘grandchildren’ of Larry Fryda, former Board member and ‘grandparent’ of Weber’s plants! There is no admission to view the lily, but regular admission applies to view the rest of the museum. For further information call 570.326.3326.

Spring ‘Suncatchers’ Workshop for Children at the Taber Museum