Love is in the Air at the Taber Museum 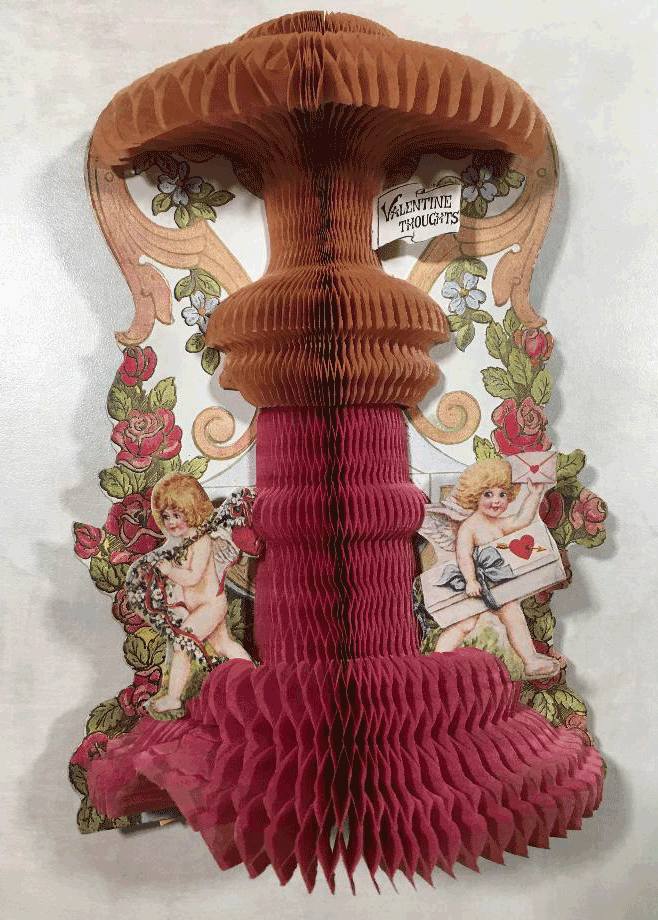 With Valentine’s Day only days away and the promise of an early spring, love is in the air at the Taber Museum. A small display of vintage valentines is on display in the front lobby of the museum. There is no charge to view the small exhibit.

Centered around a Currier and Ives print, “The Lovers Reconciliation “, a number of fragile, pop-up valentines from the permanent collections are on display. These feature a section of honeycomb and when expanded create a three-dimensional ‘object’ such as a fountain or a monument. As well, some were cleverly hinged so that when ‘popped up’ a three-dimensional image emerged, such as a locomotive engine.

These were popular cards to send in the early 1900s.

The exhibit will continue through mid-March.

Visitors are encouraged to view the rest of the museum which features permanent exhibits chronicling the history of the County from its earliest residents, Native Americans, through Colonial settlement, the development of the Pennsylvania Canal system, immigration in the 19th century, and the heyday of the logging and lumbering industry.

Please Support the LCHS Through Raise the Region 2020!