‘Marilyn Monroe’ to appear at the Taber Museum

Williamsport- The Thomas T. Taber Museum of the Lycoming County Historical Society will be hosting Meg Geffken portraying actress Marilyn Monroe on Sunday, June 19, 2022 at 2:00 pm in the Taber’s Community Room. The lecture is free and open to the public.

Born Norma Jeane Mortenson in 1926, Marilyn Monroe rose through Hollywood’s Golden Age to become one of the most popular sex symbols of the 1950s and early 1960s. Her films illustrated her ability to play a comedic ‘blonde bombshell’ with naivete. Some of her most popular roles were in the films Gentlemen Prefer Blondes, How to Marry a Millionaire and The Seven Year Itch. In 1999, the American Film Institute ranked her sixth on their list of the greatest female screen legends from the Golden Age of Hollywood. 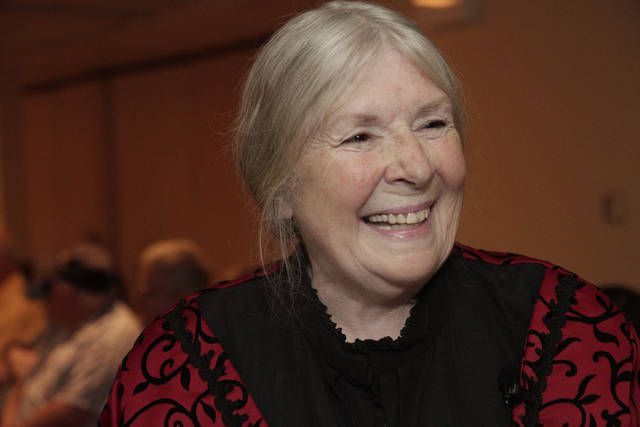 Meg Geffken is known for her portrayals of notable women including Eleanor Roosevelt, Abigail Geisinger, Amelia Earhart, Clara Barton, and Queen Victoria. She recently portrayed Beatrix Potter, writer and illustrator of a series of charming children’s books including The Tale of Peter Rabbit.

As the Society Program coincides with the third Sunday of the month, admission to the museum is free. The third Sunday of each month May through October features free admission. The Lecture Series combines the Sunday afternoon programs with Thursday morning Coffee Hours.

Located at 858 West Fourth Street, Williamsport, the Thomas T. Taber Museum of the Lycoming County Historical Society provides a history of the region with information about Native American culture, frontier exploration, the development of the Pennsylvania canal, immigration during the 19th century, and the logging and lumbering era of the nineteenth century. The Taber Museum also houses the world-class Larue Shempp Model Train Collection. The museum is open for touring Tuesdays through Fridays, 9:30am until 4:00pm; Saturdays, 11:00am until 4:00pm and Sundays, 1:00pm until 4:00pm. There is ample parking behind the museum and along the street. For further information, please contact the museum at 570.326.3326.